Women in the Housing & Real Estate Ecosystem (NAWRB) is a trade association with an aim to equip women with the tools they need for economic growth, expansion and sustainability. An ally in promoting women-owned businesses and housing, NAWRB is the only third-party industry-specific certifier of Women-Owned Businesses (WOB) and Minority Women-Owned Businesses (MWOB) in the housing and real estate ecosystem.

Women’s purchasing power and financial literacy must remain at the epicenter of the women’s homeownership discussion. From struggling to obtain a mortgage to living in poverty and being incapable of viewing homeownership as viable, the financial outlook for many women is bleak and burdensome. With a pervasive gender wage gap of 25 percent and lack of advancement in hierarchy, this disparity significantly impacts women’s abilities to move out of shelters, incur savings and secure a home to call their own, as their paychecks don’t travel nearly as far as men’s.

Apart from these women living in poverty, inability to purchase homes has given rise to a new trend of women opting to live with their families instead of living alone. The median age to marry for the first time is 29.8 for men and 28.0 for women, compared to ages 23.7 and 20.5, respectively, in 1947.

More than half of young adults between the ages 18 to 24 live in their parental home, compared to 16 percent of those ages 25 to 34.

Of Goals and Partnership

Our immediate goal is to raise awareness of women’s poverty while our long-term goal is to build strategic partners who can provide real solutions to move the needle in the right direction. One potential idea is house sharing, not administered by the government and using properties from large management portfolios. By not using regulated entities, it opens the flexibility and stronger commitment to give back women, to the largest population in our nation.

By disseminating information through our WHI events, media platforms, strategic partners including government agencies and our international magazine, we will raise the awareness of the inequalities endured by women and communicate the importance and profound effect of women’s poverty levels coupled with women’s homeownership. Collectively we can create the awareness to institute change in the right direction for women living below the poverty line.

Former NAWRB Board Member Sandra Verdugo does her part in the community by bringing comfort to the homeless. 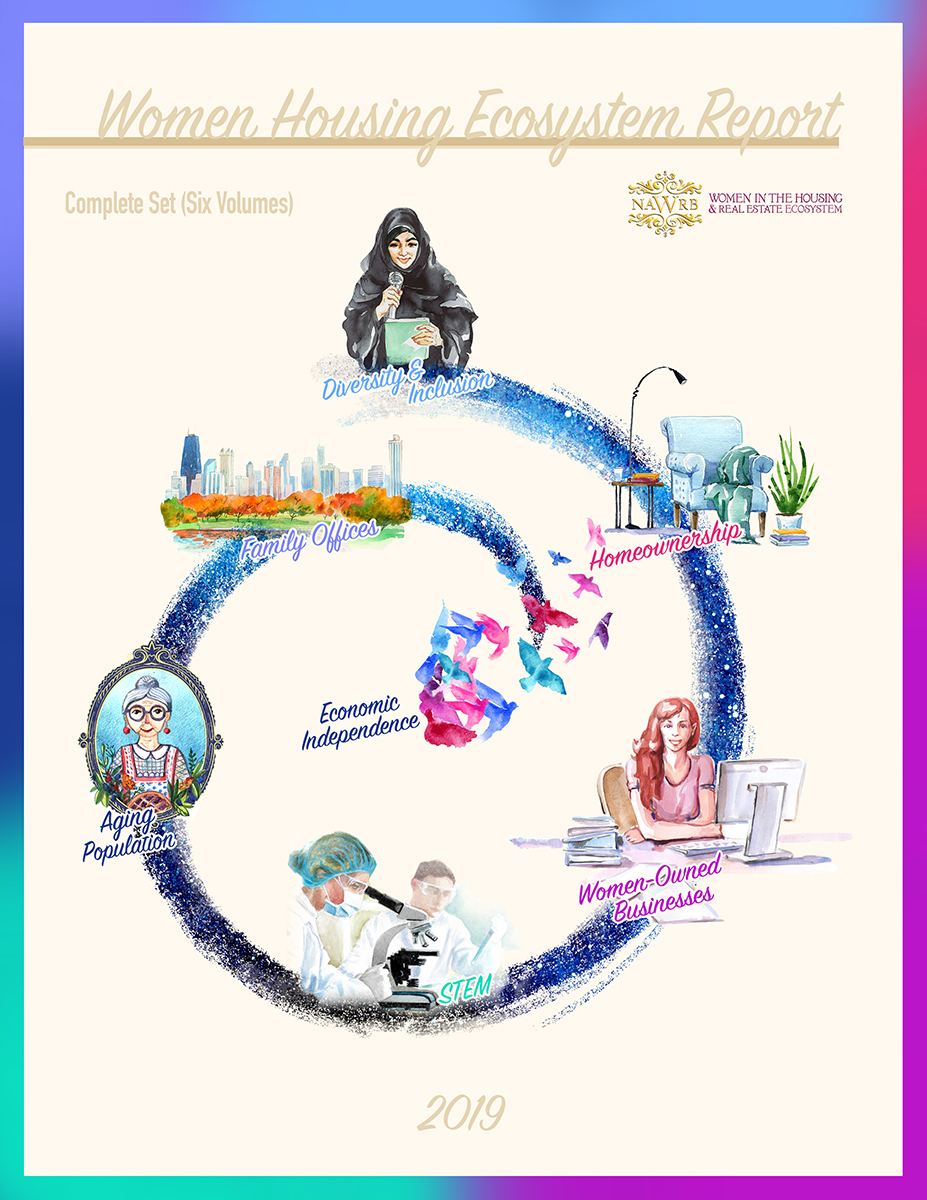