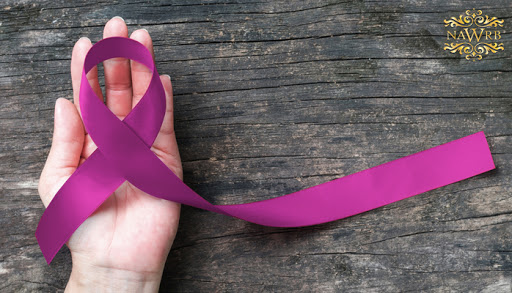 With October being National Breast Cancer Awareness Month, it is important to always be up-to-date with the latest health and cancer developments. Courtesy of City of Hope, here are some superfoods with remarkable cancer-fighting benefits. With a slight change in your diet, these foods can have a lasting impact on your health and life.

A superfood is a nutrient-rich food considered to be especially beneficial for health and well-being. Superfoods pack large doses of antioxidants, polyphenols, fiber, vitamins and minerals.

Eating them may reduce the risk of chronic disease and prolong life, and studies have shown that people who eat more of them are healthier and thinner than those who don’t.

Below are five superfoods City of Hope researchers have identified with powerful cancer-fighting potential.

Blueberries
With their navy hue and powerful punch, blueberries are one of the most potent and popular disease fighters available. Shiuan Chen, Ph.D., chair and professor in the Department of Cancer Biology at Beckman Research Institute of City of Hope, has found that blueberry juice holds back the migration of cancer cells, while blueberry extract shrinks tumors, stops cancer cells from multiplying and even triggers their destruction. Other studies by Chen have shown that blueberries inhibit the growth and the spread of triple-negative breast cancer, one of the most aggressive types. Based on these promising results, additional research is being done to study blueberries’ cancer-fighting abilities and their potential in preventing or treating breast cancer in women.

Cinnamon
Cinnamon is one of the most ancient spices in human history, and if it’s not the most popular, it soon may be. Researchers have found that cinnamon extract has unique, cancer-stunting properties, interfering with a tumor’s ability to grow by blocking the tumor from forming blood vessels. Reporting in the journal Carcinogenesis, Weidong Wen, Ph.D., assistant research professor of surgical oncology, described how she and other researchers found that a water-based extract from cinnamon was potent in blocking new blood vessel growth in tumors (a process called angiogenesis).

Grape Seed Extract
Chen has uncovered that grape seed extract inhibits aromatase — an enzyme that facilitates estrogen production — and does its hormone-suppressing work without affecting healthy tissue (about 70 percent of breast cancers need estrogen to grow). In addition, Wen has found that grape seed extract blocks the body’s production of a protein that helps new blood vessels grow. By blocking the development of these blood vessels, tumors are starved of the blood and oxygen they need to live.

Mushrooms
Over the last decade, City of Hope researchers have identified and tested powerful cancer-inhibiting compounds in the common supermarket mushroom. Early studies by Chen and Melanie Palomares, M.D., M.S., have found that phytochemicals — naturally occurring plant chemicals — in white button mushrooms can block the activity of the enzyme called aromatase. Aromatase helps the body produce estrogen, which many breast cancers need to grow. Blocking the enzyme chokes off the supply of estrogen to tumor cells, stunting their growth.

City of Hope researchers are also testing medicine derived from shiitake mushrooms that could naturally help the body fight lung cancer by boosting the immune system.

Pomegranates
In a study published in Cancer Prevention Research, Chen and Lynn Adams, Ph.D., identified six chemicals in the pomegranate that suppress aromatase, making pomegranate a prime candidate as a breast cancer-blocking superfood. Of these six substances, one called urolithin B (UB) has the most powerful impact, inhibiting several estrogen-producing mechanisms that fuel breast cancer’s growth. “The results of this study suggest that pomegranate intake may be a viable strategy for preventing breast cancer,” Chen said.

Learn more about our superfoods research and other cancer research breakthroughs at The Hope Experiment – a one-day, pop-up event open to the public on Wednesday, Sept. 14, 2016, at the Third Street Promenade in Santa Monica, California. The event, which is being hosted in partnership with Cal-HOSA (Health Occupations Students of America), will showcase City of Hope’s commitment to STEM (science, technology, engineering and math) through hands-on, interactive activities, including the opportunity to speak with City of Hope scientists.

Change my RSVP
{"codes":{"err":"Required fields missing","err2":"Invalid email address","err3":"Please select RSVP option","err4":"Could not update RSVP, please contact us.","err5":"Could not find RSVP, please try again.","err6":"Invalid Validation code.","err7":"Could not create a RSVP please try later.","err8":"You can only RSVP once for this event.","err9":"Your party size exceed available space.","err10":"Your party size exceed allowed space per RSVP.","succ":"Thank you for submitting your rsvp","succ_n":"Sorry to hear you are not going to make it to our event.","succ_m":"Thank you for updating your rsvp","succ_c":"Great! we found your RSVP!"}}
http://zlobektalencik.pl/index.php/smartphone-international/genital-herpes-online-dating-reviews-for-dating-for-seniors-in-uk/