Leading the Way Toward Gender Equality

Junior Advisor Holland Innovation Network, The Embassy of the Kingdom of the Netherlands

On a stormy Thursday in January I had the honor of attending a meeting at the Dutch Ministry of Education, Culture and Science on the financial position of women in the European Union (EU). Experts and policy makers from 14 EU Member States gathered in The Hague to talk about the economic independence of women in their respective countries.

In the Netherlands, but also in other EU countries, we see more and more women obtaining degrees in higher education and finishing their degrees faster than men. However, this educational outperformance is not reflected in our current labor market. The Netherlands Institute for Social Research has conducted research at the request of the Emancipation Department of the Dutch Ministry of Education, Culture and Science that focuses on the early career phase of young women and men in the Netherlands. The first steps young professionals take in the labor market can be instrumental to the trajectory of their careers and possibily offer an explanation for the current position of women in the workforce.

The study conducted by the Netherlands Institute for Social Research shows that in the first 18 months after obtaining a degree, there are no significant differences between young women and men in regards to becoming employed. However, what is significant is that in the 18-26 age group, working women are less often working full-time than men. The differences are striking with just under 40 percent of women working full-time, compared to 70 percent of men.

Given that the average age at which women become first-time mothers in the Netherlands is 29, the disparity in full-time employment rates cannot be entirely attributed to childcare. A 2014 Eurostat report confirms that the Netherlands has the biggest difference in weekly working hours of young women and men between the ages of 20 and 35 years in the entire European Union. Dutch women work an average of 27 hours per week compared to 38 hours for men.

Being a 21-year-old woman myself, I question why so many Dutch women work part-time. Are these women earning enough money to accommodate this schedule, or is someone else possibly financially supporting them? Are women working part-time because they are still in school, or is their part-time employment involuntary? In January 2018 the Netherlands Institute for Social Research will publish the second part of their study in which they will address the aforementioned questions.

During the expert meeting it was interesting to observe the difference in schools of thought between the Netherlands and other EU countries on women’s employment. The Dutch are concerned about women choosing to work part-time, whereas other countries expressed an interest in increasing the opportunity for women to work part-time. However, working part-time is not economically feasible for many women; one expert commented during the meeting that it is often cheaper for women to stay home and take care of their children than to pay for daycare.

Another point that was raised during the debate is that women in the EU still face a gender pay gap. This gap results from women working less hours than men, the sector in which women choose to work , and the fact that women do not negotiate their salary when starting their new job, to name a few reasons. One of the women at the conference told me that when women in her country apply for a job they often do not negotiate their pay, because they feel that they are already a burden for the company. Some women even offer their new employer to work for less money hoping that they will get hired more easily.

I was shocked to hear that these kind of situations still occur in the European Union. Luckily there are also many positive developments taking place to fight gender inequality in Europe. I was pleased to hear that many EU countries, such as Belgium, are organizing a Gender Pay Gap Day to make the problem of unequal pay between men and women more visible for everyone. Malta especially surprised me with its initiatives to get more women active on the labor market and improve women’s financial independence. Malta’s government is not only offering free childcare to help families achieve a better work-life balance, but is also offering families preschool and after school programs so that women can accommodate working full days. One of Malta’s campaigns focuses on including men in the movement for gender equality by encouraging equal family participation, and aims at breaking traditional family roles.

Spending a whole day with men and women who are actively fighting gender inequality in their countries was an indredibly inspiring experience. Some countries have achieved more than others, but all are striving towards gender equality.

Marissa Stuart, Junior Advisor Holland Innovation Network at the Embassy of the Kingdom of the Netherlands, Former NAWRB Intern 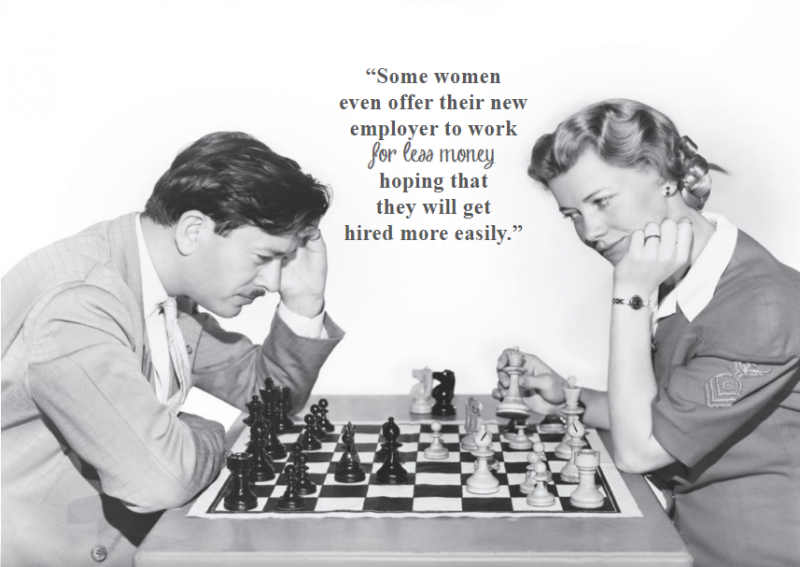