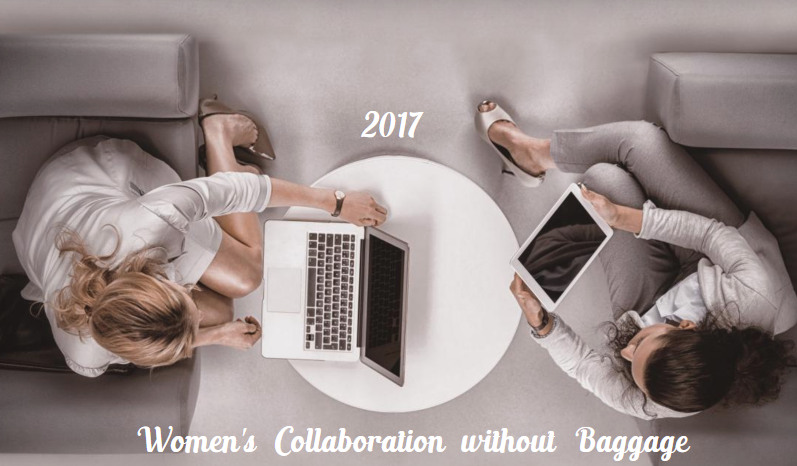 Over the past decade women have made significant strides in the women’s movement, uniting in greater numbers and forming groundbreaking organizations. Within this progress, it is necessary for women to collaborate without holding back; if we cannot thrive together, we are breaking the unity and leaving some women behind. Whether it’s between best friends, family, social media followers, casual acquaintances or the press, it is crucial for women to express support for one another. The camaraderie in our forward-thinking, intense conversations should be felt as we recognize and celebrate our work and achievements.

Collaboration
What holds you back in this collaboration? What is your baggage? As women, we can often be each other’s worst enemies; which, given the obstacles we’re already facing, is entirely counterproductive. Rather than celebrate another woman’s successes, we criticize or downplay her achievements. We see another woman’s successes as a reflection of our own missed opportunities or failures. In other words, we compare ourselves to each other as if we are competitors in the race to success.

However, by seeing other women as our partners, and not competitors, we can help push each other to the finish line. One woman’s win is a win for all women, just as any achievement in gender equality affects us all.

Women are born multi-taskers, and with each generation—augmented by our own desire to compete harder and faster—more and more is put on our plate. Women’s habit to burn the candles at both ends has had direct consequences, notably in the fact that heart attacks are the leading cause of death among women. By focusing our efforts, and especially by helping one another, we can advance the women’s movement and lighten the weight on our shoulders by working smarter.

While we are seeing improvements in the gender wage gap, more needs to be done to reach gender parity.

Women’s Movement
Driven by the fight for equality, the many focuses in the women’s movement can at times delay our progress. We need a defined foundation, a common ground on which we can all stand and advocate in the movement for equality.

Perhaps different groups can agree on an issue like eliminating the gender wage gap, but disagree on a separate women’s issue. Should they work towards the ideal upon which they see eye to eye, or allow their differences to prevent their collaboration?

If you dig deep enough, you will eventually find something about a person with which your views do not align; but any work or progress you’ve made together doesn’t have to go down the drain. This is not the correct or productive thing to do. 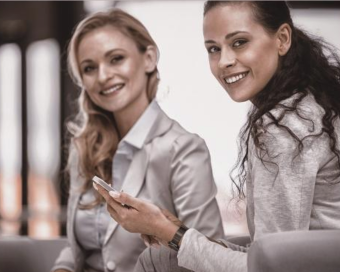 Having different opinions is common, and it’s okay for women to be involved in one aspect of the women’s movement without participating in another. We must be united in spite of our differences, not driven apart by them. Being united as one force does not mean that we forget what makes us different; unity amidst diversity requires that we acknowledge our differences as unique experiences and strengths that each can bring to the table.

A balanced platform allows women to be united under defined ideals, wants and beliefs without leading to disagreements about other points of view. To build a foundation from which we can collaborate for change, we need to distinguish the core values that underlie the different sectors in the women’s movement. There must be a belief that motivates each of the issues we promote, such as the right for equality or freedom. Discovering what our issues have in common will help us form a frame for a cohesive, directed force. This is important not only in moving us forward in achieving shared goals, but also in making our cause distinguishable to others because everything we support and advocate for will be connected to the bigger picture.

Each of us focusing on disparate problems will not provide enough impetus for change. Without a foundation on which we can all stand together, we lack the collaborative spirit necessary for the women’s movement to grow and flourish. Right now, we are carrying many token bags, each holding a singular issue, which is preventing us from getting enough traction; however, we can increase our mobility with a heavy-duty, compartmentalized backpack which can hold the many issues and values that matter to us. This backpack is the only baggage we need.