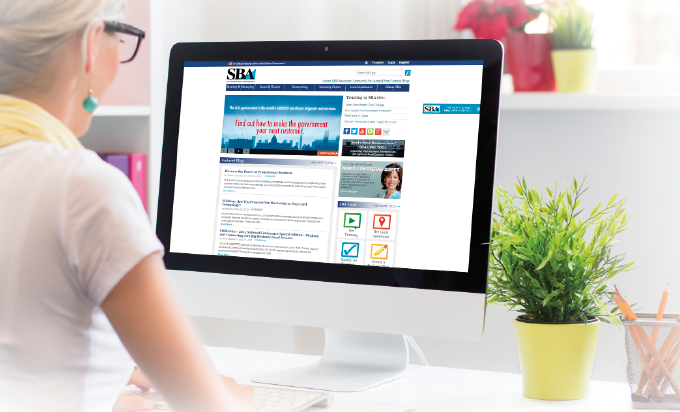 Since 1963, the President has issued a proclamation designating one week each year as National Small Business Week. In addition to the event showcasing outstanding small businesses and entrepreneurs, it recognizes organizations, individuals, and leaders from around the U.S. who won a competitive nomination and selection process to be highlighted as national winners in groups ranging from Exporter of the Year to Small Business Investment Company of the Year, according to an SBA press release.

Maria Contreras-Sweet expressed her admiration for the winners: “It is my extreme pleasure to announce that Alan Doan and his sister Sarah Galbraith are this year’s Small Business Person(s) of the Year. It was just seven short years ago that Alan and Sarah bought a quilting machine and a small building to house it. Their business, Missouri Star Quilt Company, now owns 15 buildings, encompassing 116,365 square feet. They are considered the largest employer in Caldwell County, with 148 employees,” said Contreras-Sweet.

She explained how the company was created. “In 2013, the owners received an SBA 504 loan to construct a 45,000 square-foot facility to be used primarily for warehousing and shipping, as well as for customer service, sales and a photo/catalog studio. This unique business is a combination of e-commerce and a bustling brick and mortar operation that has brought new life to Hamilton. Quilting tutorials posted on YouTube and hosted by Alan and Sarah’s mother Jennie became a big hit. The company now ships hundreds of packages every single day to customers all over the globe. Due to their popularity on YouTube, the brick and mortar shop has become a quilting destination.”

Alan Doan spoke to NAWRB about his struggles with starting his own business with his sister, Sarah and how he persevered.

NAWRB: What was the hardest part about starting your own business with your sister, Sarah?

Alan Doan: We didn’t make enough money to get paid the first two years…we created a job that would pay us later. The hardest part was being able to give time to this while still paying my bills. I did consulting on the side and had other jobs. You do whatever you have to do. The whole family volunteered their time and worked for free for about two years.

NAWRB: That is very admirable and seems like an immense feat to endure. What made you choose to take out an SBA loan as opposed to a loan from elsewhere?

NAWRB: Was the SBA loan fairly simple to acquire?

Alan Doan: No, I wouldn’t say it was simple. The loan took us about eight months to get. It was something we had to work and prove we were qualified for. The SBA was supportive and helped us along the way.

From starting your own quilting company to owning your own flower shop, you don’t need a specific profession to qualify for the National Small Business Person(s) of the Year award. Finalists ranged from technological businesses to broker services. Don’t be afraid to think outside of the box and pursue what you love.