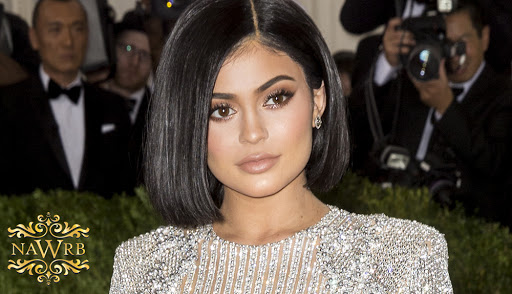 How young women can benefit watching their moms work

Kylie Jenner, the youngest member of the Jenner/Kardashian clan, is on this month’s cover of Forbes magazine as not only one of the richest self-made women, but at almost twenty-one years of age, one of the youngest. Her business, Kylie Cosmetics, had humble beginnings as a lip kit, putting her on track to become the youngest self-made billionaire, male or female. Only she’s not completely self-made. While no one can build wealth entirely alone, Ms. Jenner’s success has equally as much to do with her mother’s business savvy as it does her innate, almost inborn, sense of social influence.

Her staggering success (over $900 million of wealth built up in less than three years) is a true disruption, although, at its core, rests on the time-worn play on female insecurities the cosmetics industry has long relied upon. With the rise of Kylie Cosmetics, it’s the marketing tactic that’s impressive.

Though the Kardashian/Jenners have an exceptional base of fame from which to launch, which is everything in terms of brand awareness. It’s no secret Kris Kardashian, the matriarch of the family is at the core of much of her family’s success. This is not to take away from Kylie herself—if she wasn’t able to connect with her following in a real way, her success may not have been as great, but it’s interesting to consider the impact of her ability to work with her mother closely.

It’s not anything Kylie is trying to hide either. Kris Jenner’s business acumen is featured prominently in the Forbes cover story profiling her historic rise. Kris brokered deals with the e-commerce site Shopify and manufacturers Spatz Laboratories under Seed Beauty.

No doubt, she guided her daughter on other aspects of business like leveraging her fame and influence. As an ultimate testament to her mother’s role in her success, the Forbes photo spread features Kylie posed at her mother’s desk.

No matter what one may think of Kylie Jenner or the Jenner/Kardashians and the way they came to fame, their sheer ability to make something out of nothing cannot be ignored.

One can possibly view Kris Jenner’s involvement in her children’s business ventures as a learning lab. Kris had a non-traditional workplace environment: running a business from home, flexibility in hours and ready access to childcare afforded her children the ability to learn from the lap of their mother—growing up as deals were spun around them.

Kylie was able to gain invaluable first-hand knowledge of how to advocate for herself, cut deals, say no to the wrong projects and learn how to surround herself with the right people in an up close and personal way that no business school could replicate.

But there is one thing that separates Kris Jenner from several other mothers and fathers who can serve as a real-life example to their children: money and the access it brings.

As the old adage goes: it takes money to make money, and Kris Jenner’s ability to work flexibly and have access to quality child care went far in her being able to devote time to working with, and teaching, her children.

Most working parents face logistical restrictions to engage their children in their work in any meaningful way. Women have historically been afraid maternity leave will negatively impact their careers and rightly so as it’s believed to be one of the myriad factors going into gender pay disparity.

As companies see the value of taking time off to spend with children or to care for family members, they are encouraging men to take leave.

While bonding during the infant years is important, the impact of being able to observe a parent work while growing up, as Kylie Jenner can attest to, can prove to be invaluable. Hopefully, if the Millennial emphasis on work-life balance proves to pay-off, perhaps we will see more companies willing to break with “traditional” corporate culture and embrace flexible work options for both men and women.

For those not in the corporate environment, better access to affordable quality childcare would go far in enabling parents to have the energy and time to impart what they’ve learned to their children.

Now, as a single mother herself, Kylie is positioned to teach her daughter business from birth in the same way her mother taught her.

The value-add of a more balanced society and work culture is that future generations of entrepreneurs will perhaps be raised with a natural feel for business and a holistic work ethic.

And that is no lip service.