Breaking Down The Barriers: Unconscious Bias and its Effects on Women in Commercial Real Estate Careers 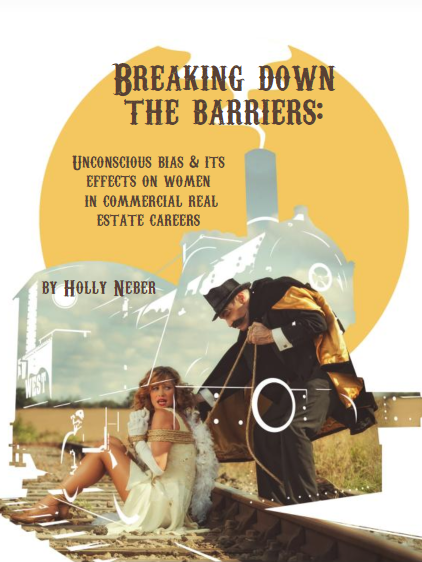 According to research published last year by the Commercial Real Estate Women (CREW) Network, the industry median annual compensation for women in commercial real estate fields is $115,000, compared with $150,000 for men—an income gap of 23 percent. The gap is actually widest in the C-suite at nearly 30 percent. While there are examples of women being intentionally paid less for the same role, it is likely that a large part of the difference can be explained due to unconscious bias.

What is unconscious bias? These biases are subtle thought patterns and assumptions we carry about others based on our background, upbringing, and personal experience. Both men and women carry unconscious biases—it’s just part of being human. It helps us categorize situations and other people quickly based on past experience. The harmful consequences of unconscious biases often dissipate once they are brought to light and can be dismissed based on more accurate information.

Common types of unconscious biases include the halo effect (the tendency to think that everything a person does is good because we like a person), the affinity bias (the tendency to be friendliest with people who are most like us), perception bias (forming stereotypes about groups that influence our thinking about individuals) and confirmation bias (the tendency to seek information that confirms our pre-existing beliefs).

While among this readership we all know women have equal capabilities in regards to work, leadership, and career success, both men and women still unconsciously expect women to adhere to a different code of behavior than men. Both men and women, and children from a young age, identify words like “leader” and “provider” with men, and respect men who demonstrate these qualities, while we expect women to be supportive and family-oriented.

So what does this look like at work? Some examples of unconscious biases in the workplace include:
• Expecting the women in an office (regardless of
position) to handle planning for office get-togethers, birthdays, etc.

• In a group meeting, expecting the woman or women to take the notes

• Allowing women to be interrupted more frequently in meetings

• A manager (whether male or female) being “put off” by a woman negotiating for an increase in salary, while not having the same reaction to a man in the same situation

• Reluctance to invite a woman to a high-level client outing (golf, lunch, dinner, hunting trips) due to discomfort with having a woman present

• Focusing more on a woman’s appearance than on her contributions to the success of the project, team or organization

All of these unconscious bias situations can, over time, affect a woman’s ability to ascend to leadership roles and limit her ability to earn the same as her male colleagues (especially in the case of negotiating compensation and access to high value clients).

So what can individuals and organizations do to break down these biases? First, we all need to take responsibility and own the fact that we all have biases. This is not a “men vs. women” issue. This is a societal issue. It requires honesty in our own biases and trust with our teammates to call it like we see it. A few recommendations from the CREW Network white paper issued in 2016 on the topic of unconscious biases “Closing the Gap:” 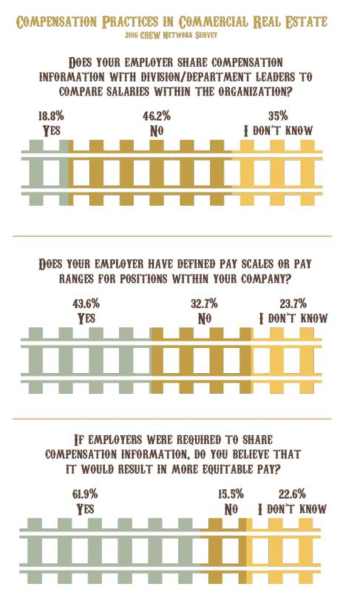 • When a woman is interrupted in a meeting, make sure the conversation comes back to her and her ideas are heard. If someone tries to co-opt the idea, remind everyone the idea initially came from her.

• Conduct an evaluation of compensation annually in the organization to ensure fair pay. Over 60% of respondents to a 2016 CREW Network survey felt that employers would have more equitable pay if they were required to share compensation information.

• When reviewing a number of resumes for positions, consider a “blind” resume process where the names are removed during the resume screening. This ensures the only factors considered are related
to qualifications.

• As leaders, we need to change who’s at the table. If you have a natural affinity to lunching with the same people every day, mix it up. Invite someone different this time. Take women on meetings with high-level clients so they can build those relationships. Invite different people to work-related meetings too. One reason companies with more women in leadership roles are more profitable is that they benefit from more perspectives. Again, mix up the invites and get new perspectives.

• Use unconscious bias tools. Facebook employees have one that is open to the public and Harvard hosts Project Implicit which is also available to the public. Provide training workshops to all staff to increase awareness.

• Develop an objective interview process that includes consistent metrics for each candidate so that interviewers are less likely to go with “they look the part” as a reason for selection.

• Develop an objective interview process that includes consistent metrics for each candidate so that interviewers are less likely to go with “they look the part” as a reason for selection.

Together, as individuals and as corporate leaders, we can make steady progress towards shining a light on our biases while reducing their impact on us and our colleagues. By doing so, we will create more opportunities for women in commercial real estate fields, including multi-family brokerage, development, and financing.