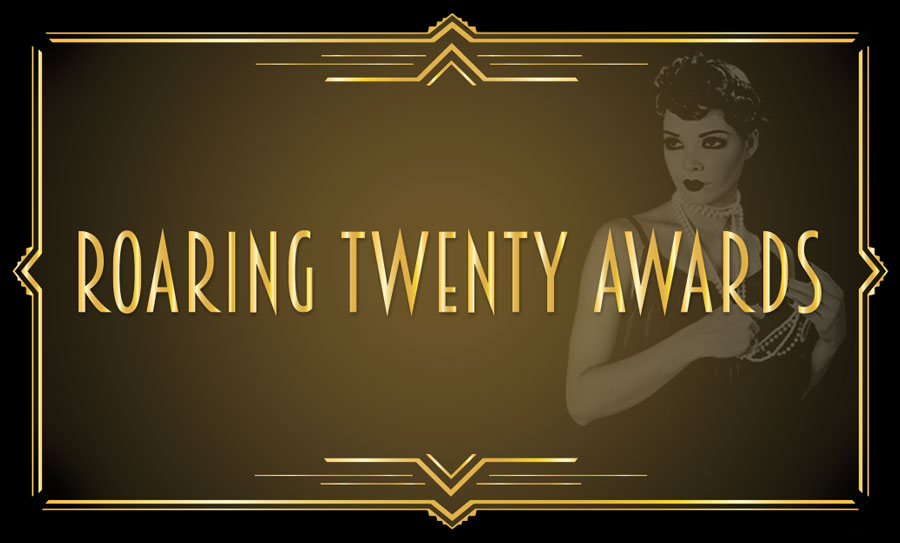 Join us for our third annual national awards program that will be held on August 18, 2015 as we shine a glistening light on the outstanding women in the housing economy who are leaders in their field and passionately involved in their communities.

Our awards program will celebrate the professional achievements of these women and the wonderment they bring.

Keeping with the spirit of the 1920s, we have taken our cue from this diverse and dynamic decade as it is a distinct representation of the women in this industry. The name of each award embodies a unique individual, theme, or event that transpired during this time period.

We are actively seeking nominations until June 19th from our community at large for women in the following categories:

The Flapper: This women is breaking ties with the traditional way of doing business and has chartered her own course for running a business.

The Talkie: This pioneering woman is gaining ground and making her mark in the world of marketing, branding her business to build a successful enterprise.

The Gatsby: Awarded to the woman who is on the rise, and whose sharp skills and business savvy expertise has put her on the fast track to success.

The Spirit of St. Louis Award: This women’s passion for business has led her to break the barriers that cross her path as she creates new roads and opportunities.

The Chanel: This woman is changing the perception of the entrepreneurial women.

The Chrysler: Awarded to the woman who has continued to show growth even in times of diversity and strife.

The Disney: Awarded to the woman who is a visionary. She sees past existing limitations and strives to build a new tomorrow.

The Charleston: This woman tirelessly gives back to her community, successfully swinging between her professional and personal life.  She never sacrifices the time she donates to charitable organizations and her local community.

The Gershwin: This women is writing a soundtrack for success while mentoring fellow members in an effort to foster and grow new talent.

The Women’s Voice Award: Awarded to the woman who is continually advocating for the rights of women in business.

NAWRB’s national recognition program is open to any woman who works within the housing industry in the country, who is a leader in her field and passionately involved in her community. The award celebrates the woman, her professional and personal achievements, as well as her ability to inspire and advocate for other women. The runner-up from each category will be profiled as a Leading Lady.

To nominate a woman for one of our categories, please submit a completed form highlighting your nomination and her achievements. Please be specific on your nominee’s accomplishments. Nomination entries can focus on business success, overcoming obstacles or personal achievements. In addition to your nomination, you may submit supporting evidence such as press releases, articles, testimonials and any additional items that will enable the judges to make an informed decision.

Award winners and Leading Ladies will be celebrated at NAWRB’s Roaring Twenty Awards Gala taking place at the NAWRB Conference in August 2015.

All nominations must be received no later than 5 pm on June 19th, 2015 to RoaringTwenty@NAWRB.com

A NAWRB Roaring Twenty Award is an acknowledgement from our extended network of women that each recipient has made an overwhelming contribution to their community or overall industry, and is a passionate leader in her field. Each award carries well-deserved prestige for the women as well as their business. This recognition from leading figures in the industry brings with it the attention and support of a number of business and media outlets.