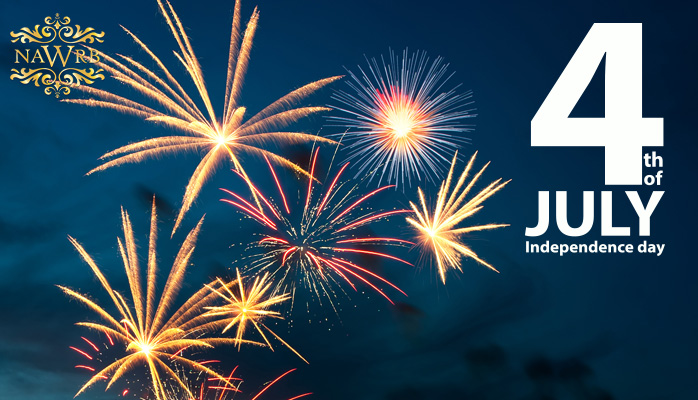 We at NAWRB would like to wish our community a safe and happy Fourth of July. We hope you spend the holiday eating, dancing, and enjoying the fireworks with your loved ones.

As a way of celebrating our Independence Day, we have compiled a list of interesting Fourth of July facts for you to enjoy on this historic day of celebration.

Whether you find yourself on the beach, at a cookout, or relaxing indoors with a good book we hope you have a wonderful Fourth of July surrounded by delicious food, good cheer, and the people you love.