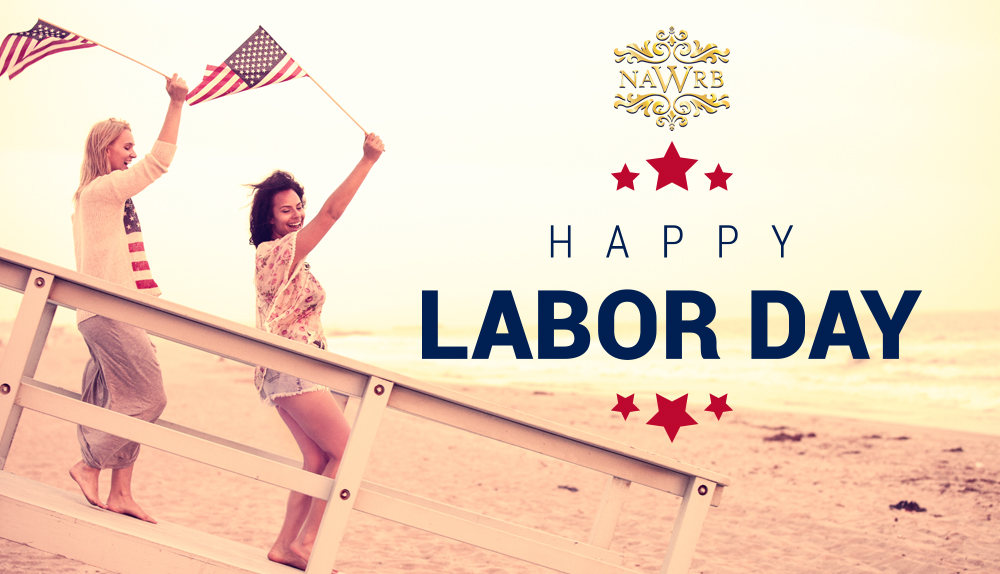 As August comes to a close, Americans are gearing up to celebrate Labor Day weekend. Labor Day, which takes place Monday, September 3rd this year,  is a federal holiday celebrating the contributions and success of American workers. It also commemorates the American labor movement which fought for workers’ rights and saw the emergence of shorter work days and the end of child labor in the United States.

Labor Day was first observed in September 1882, as 10,000 workers came together for a parade in New York City. The parade inspired workers across the country, and soon over half the states were celebrating a worker’s holiday. In 1894,  Congress passed legislation and President Grover Cleveland signed the bill officially designating the first Monday in September as Labor Day.

Whether you plan to hit the beach, attend a barbecue or take advantage of the many online and in-store shopping deals, NAWRB wishes you an enjoyable weekend with your friends and family. Thank you for your contribution to the nation’s ever-growing workforce, and let us remember those hard-working individuals that came before us.