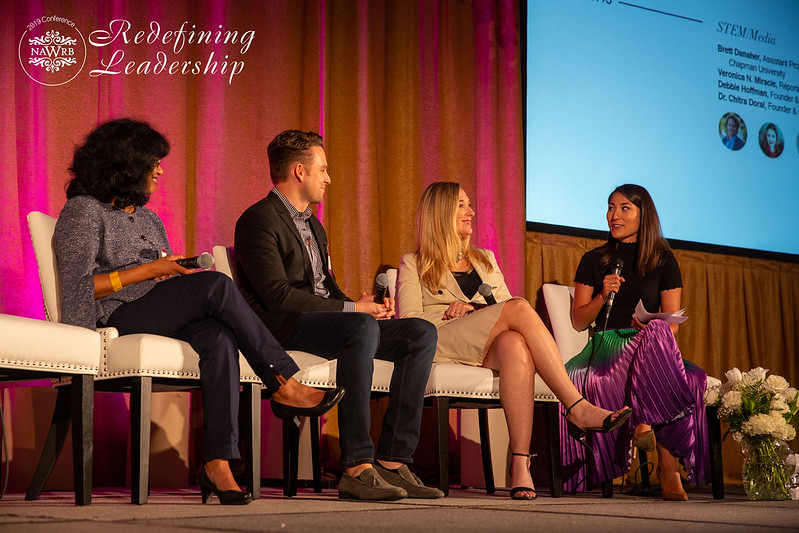 Inside Look at the Marketing Science Behind the Entertainment Industry

Now that we are spending a lot of time at home, streaming services such as Netflix, Amazon Prime, Hulu, and Disney+ are being used more than ever. Did you ever wonder about the data science that influences marketing in the entertainment industry, such as how networks know what kinds of shows you will like or won’t?  In a presentation titled “Marketing Science in Entertainment: A Machine Learning Approach,” Brett Danaher, Assistant Professor of Economic and Management Science at Chapman University, gave an informative introduction to marketing science as it pertains to his work, and its potential uses for the housing and real estate ecosystem. Dr. Danaher publishes research in data science and entertainment strategy and consults for large entertainment firms such as NBC Universal, Disney, Spotify, EMI Music, Harper Collins, BBC Studios and Masterclass. Watch the video at the link!

Dr. Danaher first addressed how data science is impacting businesses across all industries, especially how data science is influencing marketing science in the entertainment industry. In other words, his talk was focused on how marketing departments are using data to figure out which type of content appeals to their demographic. For instance, companies can predict demand for content using a ‘Genome’ approach.

All TV and movie content has a “genome,” which refers to the demographic the content is appealing to. This type of data is higher than metadata (e.g., the presence of Thor’s hammer or music by ACDC) but lower than genre (e.g., comedy, drama, sci-fi, etc.). The genome includes elements such as plot themes; genre; gender and nationality of main actors; story arcs; mood of the script; TV ratings; geographical setting; number of plot lines; and more.

With a genome a company can predict if a culture will like the content. However, there are thousands of seasons of television content for any entertainment company, such as BBC. It would take an exorbitant amount of money to hire experts to watch all the content and categorize each show according to theme, moods, plot arcs and so on.

As Dr. Danaher states, creating a genome for any content is a classification problem and artificial intelligence is a useful tool for identifying patterns and classifying things. Machine learning solves this problem as one can train an algorithm to create the genome of many shows at once. For example, data scientists can train an algorithm for 500 season scripts and then let it categorize the plot themes of ten thousands of season scripts.

What possible uses are there for a genome once we have one for a show? Well, one thing companies can do is match the genome with revenue date for each season of television when it was sold in each country to create a “supervised learning” problem. With machine learning, data scientists are trying to see if an algorithm can predict how well a season of a show will do in any given country as a form of predictive analytics.

Each country has their own specific interests, which might cause a season of a show to be popular in one country but unpopular in another depending on the show’s genome. For example, a plot that is centered around politics is usually popular in countries like Russia, Finland and Norway but unpopular the United States.

The use of data science in entertainment has led to interesting discoveries regarding country-specific interests. Machine learning helped the entertainment industry learn that people in Italy favored themes involving fear, technology, law, action and family, among others, but disliked themes such as romance, people and culture, surprise and business. The patterns that were found were not due to chance either.

Netflix and other companies are targeting consumers using machine learning and targeted marketing. Nearly 80 percent of TV shows watched on Netflix were all recommended by AI systems, according to Dr. Danaher. He added that streaming services have changed creativity in entertainment by building a “different creative playground space” with less constraints on creatives.

Dr. Danaher also stated that “Disney invested million of dollars for their content genome project, but BBC got a genome up and running for less than $100,000.” Even though BBC had a smaller budget, their project still gave positive results and performed reasonably well.  Dr. Danaher emphasized that machine learning is a powerful tool for mid-sized companies of any industry due to its ability to perform tasks of a large scale.

Debbie Hoffman and Dr. Chitra Dorai addressed women’s representation in STEM based on their own unique experiences in the field. Debbie shared that her experience as an educator in blockchain has been eye-opening. There is developing talent in the blockchain space but she admits some “people are intimidated to get involved.” She advises that we should try to bring other women up in STEM.

Media representation of STEM is partially to blame for the obstacles women face in the pipeline. This is because the media often portrays a lack of diversity in STEM and perpetuates stereotypes and biases, such as men being better than women at science and math. Debbie and Chitra, both business owners, stated that they try to mentor women and give them opportunities to showcase their skills in STEM.

Debbie ended the discussion by shedding light on the connection between blockchain and media. Blockchain has the power to change the media and the entertainment industry as a whole by bringing independent film to the masses; bringing music directly to fans without having to go through a third party; and allowing fans to buy music from artists themselves. She claims that this “could explode creativity” if it can solve outstanding issues involving rights.