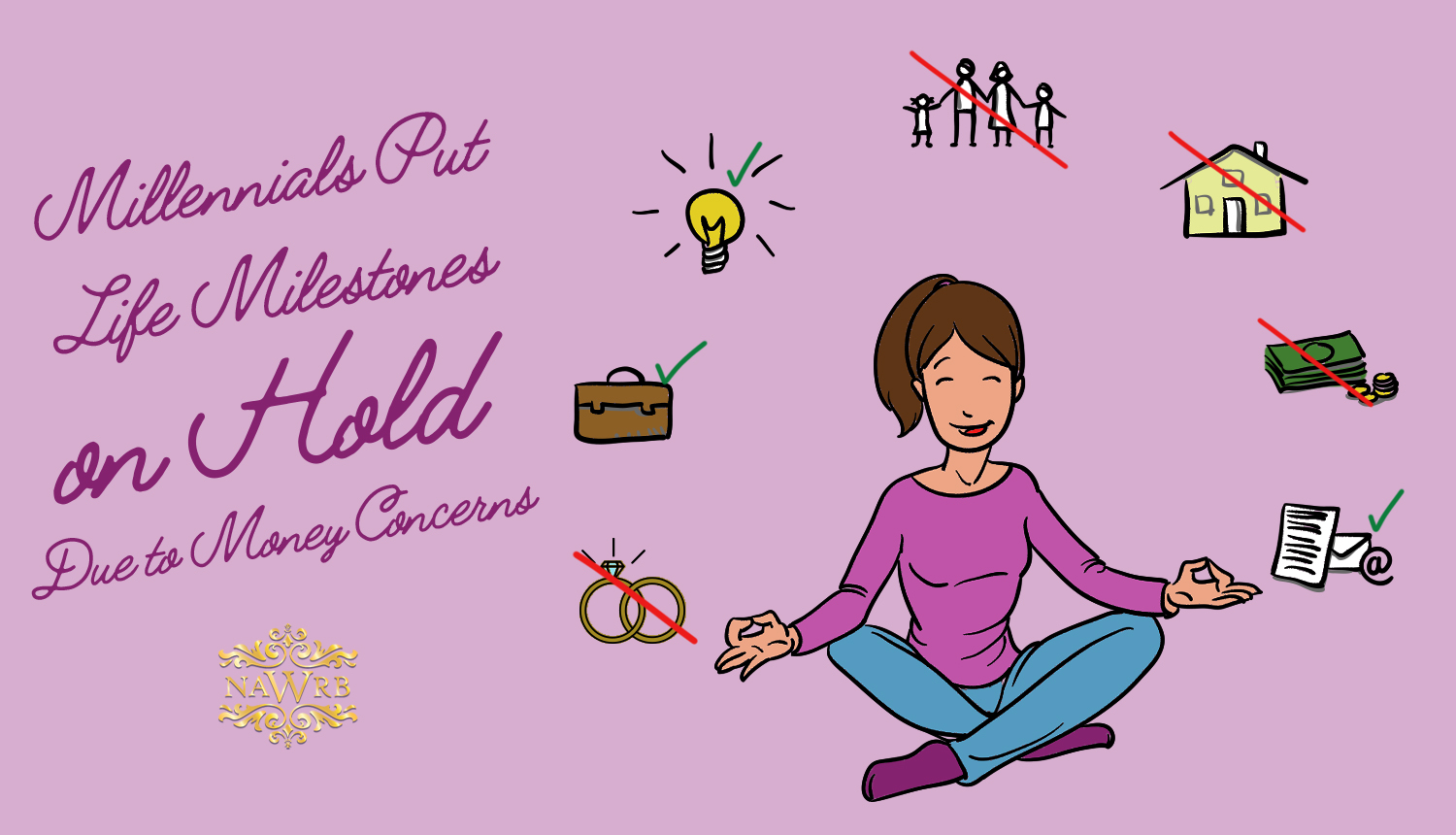 Millennials Put Life Milestones on Hold Due to Money Concerns

A new survey by Insider and Morning Consult reveals that Millennials are more likely than previous generations to postpone major life events—buying a home, getting married, quitting a job, and more— because they cannot afford them. Money concerns, whether it’s student debt, living costs or still recovering from the Great Recession, are not only affecting their financial and physical fitness but also their romantic lives.

The survey polled 2,096 Americans about their financial health, debt and earnings for the series “The State of Our Money.” Of these participants, more than 670 were Millennials, or ages 23 to 28 as of 2019, and 730 respondents were Baby Boomers, defined as ages 55 to 73. The results show that Millennials live in a different financial world than their parents and/or grandparents. Below is a list of major life events and the share of respondents who have reported delaying each event because of money concerns.

As the above shows, Millennials are more likely to delay every life event because of money problems compared to previous generations. The biggest difference is in buying a home as half of Millennials said they have postponed becoming homeowners due to money concerns compared to 23 percent of Baby Boomers. This is not very surprising as the median price of home sales has increased by 39 percent since 1970, according to U.S. Federal Housing Agency Data.

About the same percentage Millennials and Baby Boomers have delayed a medical procedure because they could not afford it, which is indicative of the exorbitant cost of health care. The report shares that national health care costs have increased by $9,000 since 1970 in inflation-adjusted dollars.

Millennials are twice as likely as Baby Boomers to have delayed a career decision, such as quitting a job or starting a business, because they did not feel financially fit. Money is a deciding factor in the love lives of the Millennial generation, as well. They are more likely to delay having children (if they want them), get married (if they want to), and enter or end a relationship than Baby Boomers were at their age.

In fact, the average age for adults to marry was 27 for women and 29 for men in 2017; in 1980, the common age was 22 and 25, respectively. A delay in marriage can sometimes result in a delay in childbearing. A report from the Centers for Disease Control and Prevention states that more 30-something year old women are having babies than women in their 20s for the first time in history.