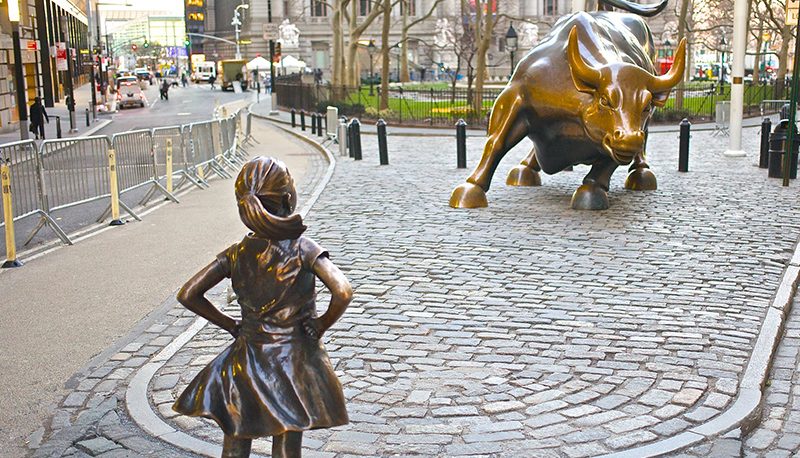 Installed in March 2017, the “Fearless Girl” statue facing Wall Street’s famous charging bull was erected as part of State Street Global Advisors’ (SSGA) campaign to increase the number of women on boards. The statue quickly gained national attention as a representation of women’s empowerment and the gender gap in the American workplace, particularly in the boardroom and C-suite.

One New York City artist has taken exception to this work of art, however, and this week created a statue of a small dog, titled “Pissing Pug,” positioned next to the fearless girl. The reasoning behind the decision to depict a dog urinating on a girl?

“I decided to build this dog and make it crappy to downgrade the statue, exactly how the girl is a downgrade on the bull,” stated Alex Gardega, who considers the fearless girl statue a mere publicity stunt with no connection to feminism. 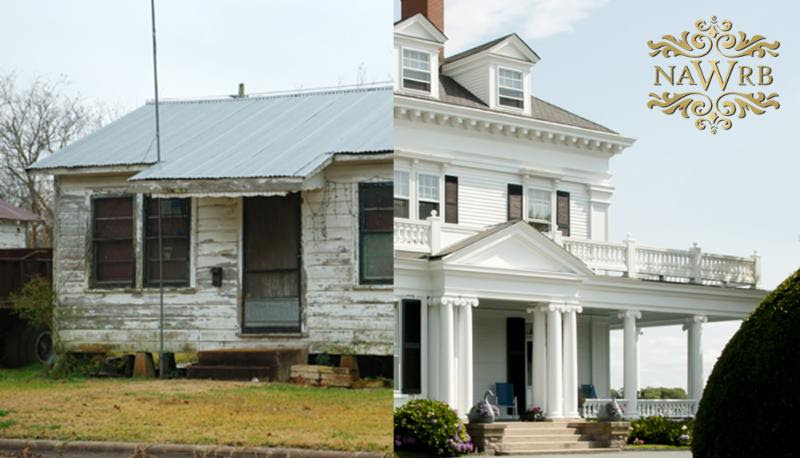 New Findings on Wealth and Poverty in the U.S.

The U.S. Census Bureau has released the 2013 Wealth and Asset Ownership Detailed Tables highlighting the household net worth of American households. The tables “highlight annual household net worth estimates at the national level and are broken down by selected characteristics, such as race, household structure and poverty status.” 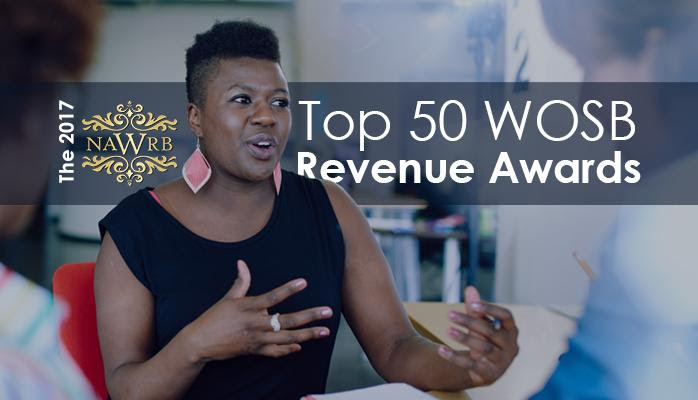 NAWRB is excited to launch the first and only earning recognition program for WOSBs within the housing ecosystem. As we merge all industries into one list, our goal is to form profitable collaborations to propel women’s economic growth. 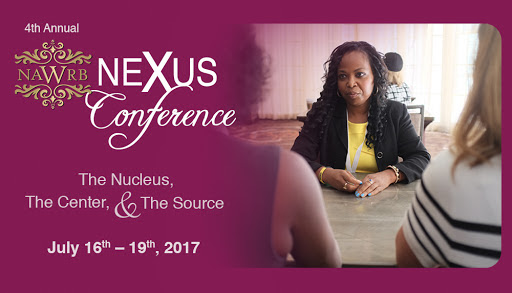 The NAWRB Conference is the nucleus, the center, and the source of business sustainability. As a non-partisan organization, NAWRB still has a seat at the table. Our relationships at the forefront allow us an inside look at government contracting forecasts. What opportunities does the future hold? Millions of dollars in procurement contracts and vendor relations were secured from connections made at the 2016 NAWRB Conference. Unlock your business growth!

The FHFA released its third report providing information about the sale of non-performing loans (NPLs) by Fannie Mae and Freddie Mac (the Enterprises).  The report includes information about NPLs sold and outcomes for borrowers as of December 31, 2016.

If an event involves women’s equality and supporting the women’s movement, NAWRB strives to be there. Join us to take part in making a better tomorrow!

This one-day event dedicated to the empowerment of women will help you grow your business, develop your career and connect with other leaders in the California brokerage community.

With approximately $20 billion in non-performing loans already sold in 2016, the conference is well-timed for the industry to discuss the trading in the market.

The National Advocacy Conference is the largest advocacy event of the year focused solely on the issues facing real estate finance.

With three days of programming, the conference features lectures and presentations from today’s thought leaders, engaging panel discussions and more.

Guest speakers will delve into the most topical issues during a day that will cover TLC’s “four C’s” of business ownership: Capital, Capacity, Contracts and Cost.

The NAWRB Annual Conference will highlight actionable solutions to increase women’s gender equality in the American workplace. The only way to beat the competition tomorrow is by preparing today. Register to take your business to new heights!

Add To Your Calendar