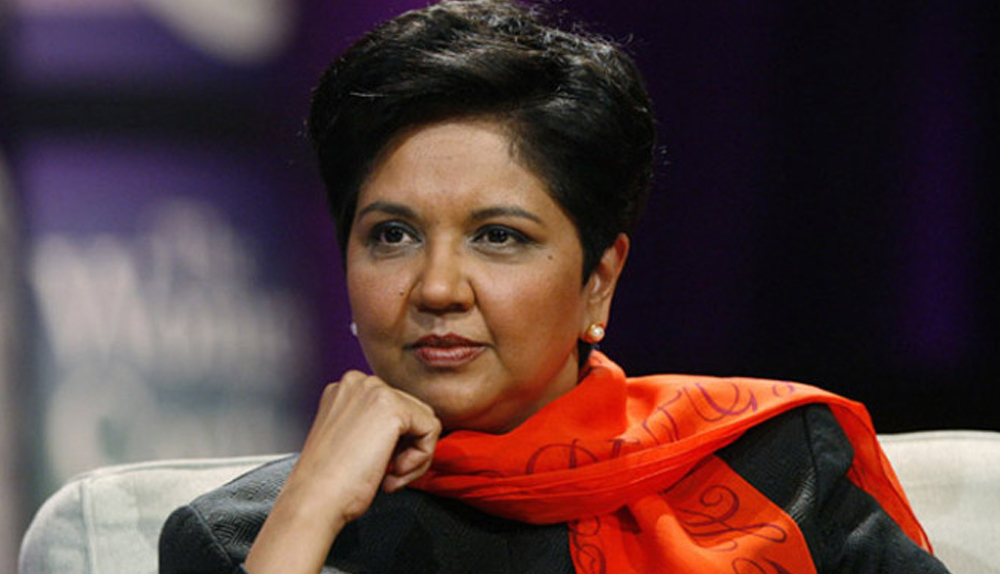 Indra Nooyi, PepsiCo’s CEO for the last 12 years and one of two women of color to lead a Fortune 500 company, has announced that she will be stepping down from her position on October 3rd, 2018. Her successor will be Ramon Laguarta, PepsiCo’s President.

With Nooyi’s leadership for over a decade, although she has been with the company for 24 years, Pepsi has expanded through acquisitions, including the purchase of Quaker Oats, grew its sales by 80 percent and has still maintained its status as one of the world’s most prominent food and beverages companies while being cognizant of health-conscious trends.

“Leading PepsiCo has truly been the honor of my lifetime, and I’m incredibly proud of all we have done over the past 12 years to advance the interests not only of shareholders, but all our stakeholders in the communities we serve,” shares Nooyi in a statement on Monday. “Growing up in India, I never imagined I’d have the opportunity to lead such an extraordinary company.”

Although she is stepping down as CEO, Nooyi will remain as PepsiCo Chairman until 2019 to facilitate the transition of Ramon Laguarta to chief executive. Laguarta, originally from Spain, has been President of PepsiCo since September 2017 and was in charge of overseeing the company’s global operations, corporate strategy and government affairs. He previously served as the CEO of the European and sub-Saharan African unit of Pepsi.

Nooyi is confident that Laguarta will continue the success of the company that has been sustainable through her strong focus, leadership and decision to maintain Pepsi’s broad range of food, drink and snack products as one company.

Her announcement, which follows the departure of other women CEOs of Fortune 500 companies, including Marissa Mayer of Yahoo, Irene Rosenfeld of Mondelez (MDLZ) and Meg Whitman of Hewlett Packard Enterprise (HPE), decreases the representation of women leading Fortune 500 companies to 24, compared to 32 more than a year ago.

As more of these chief executive women transition into the next chapters of their lives, we have to ensure that opportunities and pathways are available for future generations of women to follow in their footsteps, and that they are empowered to take on the journey.