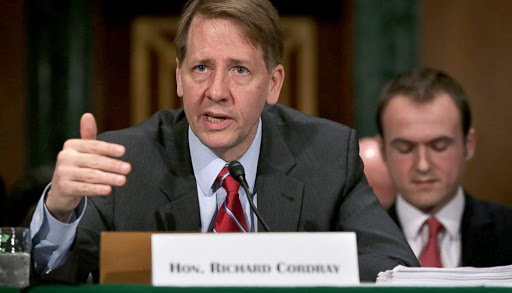 Richard Cordray, Director of the Consumer Financial Protection Bureau (CFPB), today announced his resignation from the agency. Cordray, who has been the head of the CFPB since January 2012, will step down at the end of this month.

“It has been a joy of my life to have the opportunity to serve our country as the first director of the consumer bureau by working alongside all of you here,” Corday stated in an email to CFPB employees. “I am confident that you will continue to move forward, nurture this institution we have built together, and maintain its essential value to the American public. And I trust that new leadership will see that value also and work to preserve it.”

Cordray was originally appointed to a five-year term set to conclude in July 2018. Although he failed to address his future plans in his email to employees, Cordray is expected to run for governor of Ohio in the 2018 election.