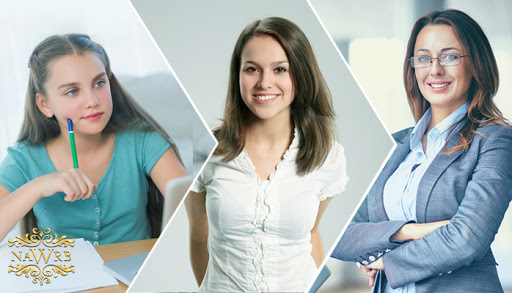 In the U.S., a greater proportion of girls are likely to have an interest in a coding career compared to young women. For instance, one third of middle school girls believed they would pursue this career compared to just 27 percent of women between the ages of 18 and 30.

Although people might claim that they do not believe that girls and women are not as good at math or science as boys and men are, they might still hold this bias at the unconscious level. These types of unconscious biases, or implicit biases, can sometimes be more powerful in influencing our thinking than explicit beliefs. For instance, research shows that unconscious beliefs related to negative stereotypes can still affect our assumptions about groups of people and their behavior.

For example, Implicit Association Tests were conducted between 1998-2010 and were taken by a half million people across the world. Of these test takers, over 70 percent were more likely to associate “male” with science and “female” with arts than the reverse. This indicates that the implicit association of men with math and science and women with arts takes place at the unconscious level for people regardless of gender, race and ethnicity.

Those with a growth mindset are eager to learn and embrace challenges and criticism because they know that overcoming these obstacles will increase their intelligence and skill level. These type of individuals are also encouraged, rather than discouraged, by the success of others. People with a growth mindset will even gain confidence when they face challenges because they believe it is only helping them learn and enhance their intelligence.

Individuals with a fixed mindset, however, are more likely to lose confidence and be discouraged when they face challenges because they see this as a fault in their intelligence. In other words, they believe that if they were “smart enough,” they would not encounter these obstacles at all or should be able to find a solution with ease.

A growth mindset is beneficial for girls and women in STEM because they are likely to encounter obstacles and challenges in scientific work, and it is better that they see these moments as opportunities for growth rather than a sign of their inadequacy. The AAUW notes girls and women who believe their intelligence is fixed are more likely, they are more likely to lose confidence and be discouraged  from continuing work in science and engineering when they inevitably encounter difficulties that result from the nature of the work.

Join the discussion at the upcoming 2019 NAWRB Conference on Aug 4th-6th in Pasadena, CA, as industry experts address this issue and more affecting the economic ecosystem. We want to hear your thoughts in the comments below!