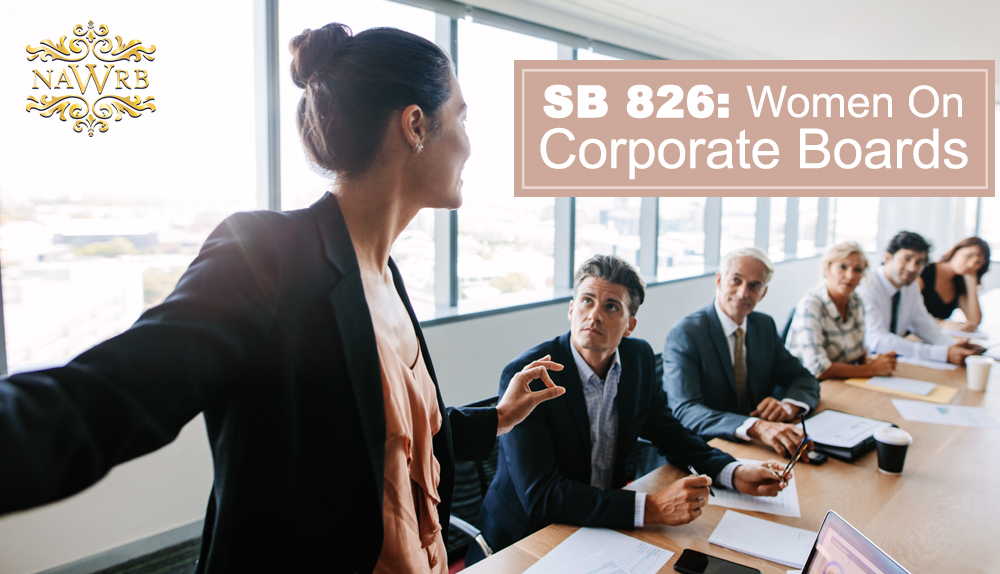 California Governor Jerry Brown signed the SB 826 “Women on Corporate Boards” bill this past weekend, a landmark legislation requiring female representation on corporate boards. Specifically, SB 826 requires that at least one woman be on the board of publicly held companies in California by year end 2019. Despite concerns over its potential efficacy, the bill is an important step in diversity and inclusion, as well as for the advancement of women.

NAWRB is pleased to see the passing of the bill as we have continually supported the bill with 2020 Women on Boards and wrote multiple letters for each stage of the legislative process, including a final letter to Governor Brown.

In an official letter to the California State Senate, Governor Brown states, “There have been numerous objections to this bill and serious legal concerns have been raised. I don’t minimize the potential flaws that indeed may prove fatal to its ultimate implementation. Nevertheless, recent events in Washington, D.C. –and beyond– make it crystal clear that many are not getting the message.”

As corporations are considered as legal persons, Governor Brown believes that “Given all the special privileges that corporations have enjoyed for so long, it’s high time corporate boards include the people who constitute more than half the ‘persons’ in America.”

“Having more women on boards is important to have now, not only to have more voices representing the interests of stockholders, but also so that more generations of women to come will have role models to look up to as they pursue their goals in the corporate world. If they can see her, they can be her, ” states Desiree Patno, CEO & President, NAWRB, in an open letter supporting the bill.

While the bill is not an all-encompassing solution to the obstacles that deter women’s advancement through the corporate ladder, this legislation will be an impactful incentive for public companies in California to start addressing these issues.

Gender diversity as a multifaceted issue that will require a balanced and concerted effort at all employment levels. For significant change to occur, we have to adopt a more rigorous and formal approach to the problem of gender diversity and female representation at the board level that goes beyond meeting quotas. Corporations will have to embrace diversity and inclusion as a core tenet in their ethos and daily operations.