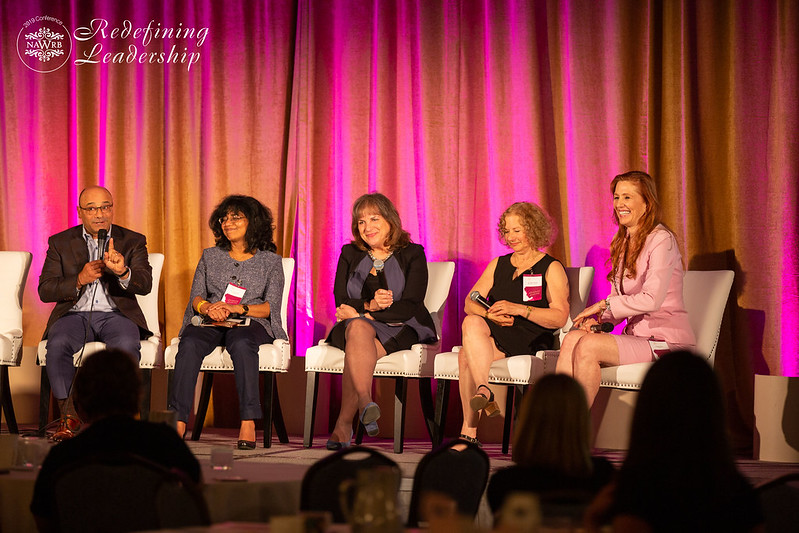 “Three out of four [older persons] have multiple chronic disease states and are taking multiple pills a day,” John continued. In addition to dealing with multiple diseases, less older people are being placed into nursing homes than ever before. “We are caring for them in different settings, more so than we have done in the past.”

From January to June 2017, 97 percent of individuals ages 65 and older reported that they have a facility they go to for medical care, according to the 2019 NAWRB Women in the Housing Ecosystem Report (WHER), while only 3 percent said they did not obtain medical care in the past year due to cost.

Older consumers paid an average of $5,994 in out-of-pocket health expenditures in 2016, an increase of 38 percent since 2010. On average, the greatest share of health costs for the older population is spent on insurance at 69 percent. The average older person pays $4,159 for insurance, $913 for medical services, $715 for drugs and $207 for medical supplies.

Almost all older persons age 65 and older were covered by Medicare in 2016 at 93 percent. Medicare, however, only covers most acute care services and requires that beneficiaries cover some of the cost, leaving the rest to be accounted for by other sources. About half of older persons use some type of private health insurance to cover the remaining cost, while 8 percent had military-based health insurance and 7 percent were covered by Medicaid. One percent had no coverage. Panelists foresee technology making healthcare more manageable and attainable for the older population.

In regards to living arrangements, approximately 13.8 million, or 28 percent, of noninstitutionalized older persons lived alone in 2017. Of this number, 9.3 million were women and 4.5 million were men. In addition, of women aged 75 and older, almost half lived alone at 45 percent.

Terry Bayer highlighted major problems affecting the aging population, including chronic illnesses, socialization and housing. “The aging population is chronically ill in many cases with diseases like diabetes, hypertension and heart disease.” she stated. “There are also social dynamics, and it’s not just about the medicine or the doctor visit. It’s about housing and the social support system you have.”

“We know that socialization is very important for the aging population,” she continued. “Whether it’s someone that lives alone and goes to a meal-on-wheels for lunch, or they’re living in a group home setting or family, it’s much better for your health to have socialization than isolation.”

Housing is another big problem for the housing population that still needs to be solved, according to Terry, so now is the time for real estate and housing professionals to get on board and join the discussion.

Housing for the aging population is becoming a serious problem and has to do with fragmentation. The latest U.S. Census Report on the status of the aging population shares that, in 2015, 76 percent of the 11.9 million households headed by persons age 75 and over were homeowners. Twenty-four percent of this group were renters. Older homeowners had a median family income of $31,000, while renters had a median family income of $17,400.

In terms of home value, the median value of homes owned by older persons was $150,000 in 2015. This is $30,000 less than the median home value for all homeowners during that same year. However, about 78 percent of older homeowners had complete ownership of their homes.

Towards the end of the discussion, the panelists discussed the rising number of older persons with dementia and its effect on them and their caregivers. “Being in dementia care is a women’s issue,” stated Dr. Debra Cherry, who works in the nonprofit sector. The numbers of those with dementia and the cost is growing. “More women get Alzheimer’s disease than men. If you control for age, women still get it more than men do. Women are also the caregivers.”

“Dementia pushes many families into poverty,” Dr. Cherry added. Dementia put families into poverty as the out-of-pocket costs are 81 percent higher than for other chronic conditions. The financial impact of dementia is more severe for some groups, including African Americans and those with lower levels of education. Family members typically give about 80 percent of total care to persons with dementia, and most caregivers are women.

Dr. Chitra Dorai explained how her startup company Amicus Brain Innovations Inc. is working to address the issue of cognitivism among dementia patients. What she found that is missing from her travels around India and in the United States is that “while we can get people to care for the physical safety of our loved ones, nothing is stimulating their cognitive function.” Addressing cognitive function is important for preventing delayed onset of Alzheimer’s disease, and this is what AmicusBrain’s AI companion is meant to help.

This problem is also related to the issue of socialization that Terry mentioned also. As Dr. Dorai explains, another question we need to ask is “How do we engage our loved ones to interact and reach into the recesses of their brain to engage and converse so that they are not becoming increasingly isolated?”

To avoid the high costs of dementia later in life, there are preventative actions people can take now, and Dr. Debra Cherry listed a few action items for people of all ages. In fact, thirty percent of dementias may be preventable if we maintain our health. Aging well depends on a variety of factors including genes, environment and lifestyle. Factors that might make one more likely to develop dementia or Alzheimer’s include a head injury, high blood pressure, diabetes, depression, stress, sleep, and smoking. Some protective factors include education, general health, physical activity, social engagement, adequate sleep, cognitive stimulation, and preserved hearing.

Volume V of the 2019 NAWRB Women in the Housing Ecosystem Report (WHER) profiles the aging population in the United States and covers a wide range of topics including physical, mental and financial health and healthcare. Order your copy at www.nawrb.com/womenhousingecosystem today!