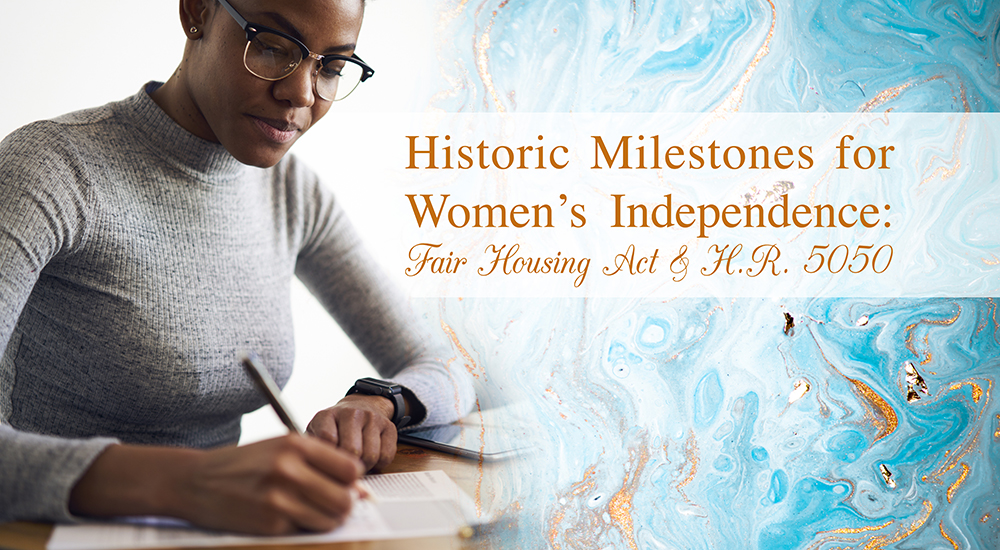 In the year 2018 we have observed milestones for the history of women’s social and economic independence. It marks the anniversary of two important pieces of legislation that helped women achieve economic growth through business ownership as well as homeownership—two interrelated tools that are pivotal for personal wealth building.

The Fair Housing Act, an act that tackled discrimination in the housing sector, has been in effect for 50 years, while the H.R. 5050 Women’s Business Ownership Act, which made it possible for women to take out a loan without a man’s signature, has been helping more women become entrepreneurs for 30 years.

While passing a bill is certainly an achievement in its own right, the success of legislation should be measured on how it is carried out in practice. Decades have passed for communities and businesses to adopt these acts into their operations. How successful have these acts been in making sure that women are not being discriminated against while buying a home or applying for a loan? Are there cracks in the system that need to be addressed?

Women have made strides in becoming financially independent by becoming homeowners and starting their own businesses, but they still face gender-based hurdles in achieving their unique goals. After highlighting what these obstacles are, we will suggest solutions and provide resources to help women overcome them.

50th Anniversary of the Fair Housing Act
February 2018 marked the 50th anniversary of the Fair Housing Act. Initially passed in 1968, the act intended to promote equality in the housing sector by prohibiting discrimination on the basis of race, color, national origin, religion, sex, disability or familial status. An amendment was made in 1974 to include women, and, as a result, a greater share of women have experienced more economic and social benefits due to improved access to housing opportunities in buying, selling and financing.

While the act prohibits discrimination and inequality on paper, in practice, the realization of the act has been slow and inefficient in some aspects. It has been difficult for the government to oversee the housing sector to ensure that the mandate is being appropriately adopted and enforced.

In 2015, the Obama Administration introduced the Affirmatively Furthering Fair Housing (AFFH) rule to supplement the Fair Housing Act, a measure that encouraged communities to be more inclusive of the members that make of America’s diverse population and requiring them to inspect their local housing patterns for any bias. The Assessment of Fair Housing Tool was an auxiliary feature of this new rule to help communities with any biases find actionable solutions.

The Trump administration has postponed mandated deadlines for the AFFH indefinitely, sparking concern that such concerted efforts to ensure fair housing in all communities will be placed on the sidelines.

While women have more opportunities than they did 50 years ago, and more are becoming homeowners, they still face gender-based obstacles in terms of housing, making it more difficult for them to increase their financial independence, especially when they are pursuing ownership on single income. The following will address some of the issues single women and mothers face and available resources to help them overcome these barriers to reap the benefits of homeownership. 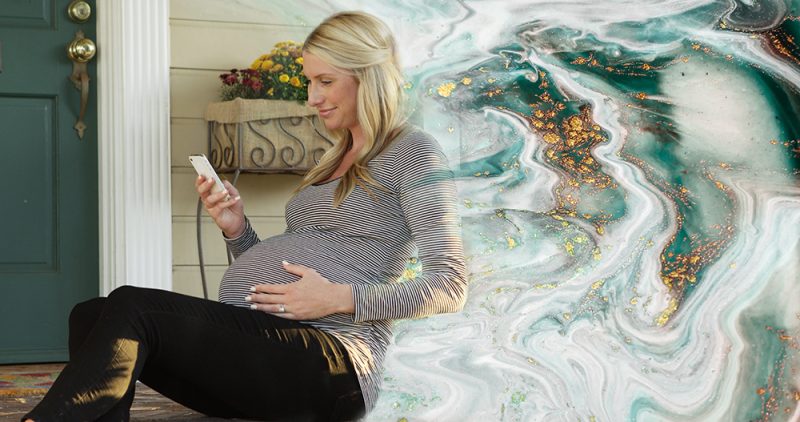 Single Women Homeownership
Many single women are pursuing the benefits of homeownership without waiting for marriage, and they have outpaced single men in homeownership since 1986—over 30 years! Homeownership is invaluable to single women as a source of wealth-building and security. A home is a woman’s sanctuary, a place to call her own and an invaluable asset that cements one’s professional progress and economic foundation. Homeownership provides a better life for women and their families, as well as a stable location for home-based women entrepreneurs to grow their businesses.

Although stringent lending standards make it more difficult for singles applying for loans with one income, dependence on a primary income is not deterring single women from buying homes. NAR reports the percentage of single women homebuyers increased from 15 percent to 17 percent from 2015 to 2016. Moreover, single women are buying more homes than single men—17 percent compared to 7 percent.

“While single women homeowners statistically outnumber single men homeowners, there is a home value disparity between the genders,” states the NAWRB Women in Housing Ecosystem Report (WHER). “In the U.S.—principally due to women’s lower buying power—homes owned by single men are worth 10 percent more; and, as a result of their higher worth, single men’s homes appreciate 16 percent faster than homes owned by single women.”

Affordability & Women’s Poverty
Affordability is one of the greatest obstacles to increasing women’s homeownership. Women are earning less than men for the same jobs, currently 80 cents for every dollar men earn. Women also face a persistent gender gap in the workforce, and find difficulties returning to the workforce when having children. As consumers, they are subject to a “pink tax” on hygiene products and higher lifetime medical expenses, and struggle with more debt than men.

Addressing women’s poverty will be pivotal in making sure they can afford to buy a home before reaping the benefits of owning one. Insufficient income and employment opportunities have placed a significant number of households headed by a female below the poverty level. According to 2016 Census Bureau data, 26.6 percent of families with a female householder, and no husband present, are below the poverty level. Of these, 42.1 percent have children under 18 years old and 49.1 percent have children only under 6 years of age.

Millennials, the largest living generation, are also the poorest generation in America. According to the Pew Research Center, in 2016, households headed by a Millennial comprised 5.3 million of almost 17 million households living in poverty. Moreover, the poverty rate for millennial women is 37 percent higher than any previous generation, reports the Population Reference Bureau. Although women are more likely to have college degrees, they face obstacles to achieving higher-paying jobs; experience a gender wage gap in many industries; are burdened by student debt; and are subject to the “pink tax.”

With low inventory of rental units that are affordable and in adequate condition, low-income households are forced to live in units that are inadequate, and potentially unsafe, conditions. Harvard’s State of the Nation’s Housing 2017 report reveals that between 2000 and 2015, the measure of the poor population living in high-poverty neighborhoods increased from 43 percent to 54 percent. This can have hazardous consequences, including long-term damage, on the health of low-income household owners and their families.

On a positive note, there were 2.5 million fewer people living in poverty in 2016 than in 2015, and 6.0 million fewer than two years ago. The official poverty rate also declined to 12.7 percent, down by 0.8 percentage points from the previous year. To facilitate the further decline of poverty rates, the housing market and policymakers will have to assist in helping low-income households find affordable home to provide stability and generate economic wealth.

Resources
Many programs in the United States currently assist women, and their families, living in poverty or homelessness, by providing housing, rehabilitation, and financial assistance. WISEPlace and LA Family Housing are just a couple resources located in southern California.

According to their website, WISEPlace, an organization committed to helping women overcome unemployment and homelessness by “providing safe, affordable transitional housing, healthy meals, financial-empowerment curriculum and employment assistance,” as well as personalized counseling from its management. Their facilities include a Hotel for Women, “a 30-bed transitional housing shelter for single women,” which opened its doors in 1987.

Current Stats for Women-Owned Businesses
Since then, there has been a significant increase of thriving and lucrative women-owned businesses taking up a large share of firms in the United States. According to the 2017 State of Women-Owned Businesses Report, commissioned by American Express, the number, and revenue, of women-owned businesses in the United States has more than doubled in the last 20 years.

Minority Women Business Owners
Small businesses owned by minority women, especially women of color, have grown exponentially over the past 20 years. Firms owned by minority women comprise 46 percent of all women-owned firms, have over 2 million employees combined, and generate a total of $361 billion in revenue. According to the report, the number of firms owned by women of color grew by 467 percent during this time, which is over four times the rate of all women-owned businesses.

Women of color take the lead among minority women in the net number of women-owned businesses created per day and in the total number of firms in 2017.

To see these predictions become a reality, there needs to be increased support in training programs in entrepreneurial, minority and women-owned certification, access to capital and greater advocacy of these issues.

Current women entrepreneurs can also help by sharing their personal stories and advice for other women interested in starting their own businesses. By seeing women who have achieved their professional goals, future generations will be not only inspired but knowledgeable in the steps needed to make their dream a reality.

Volume 1:
The State of Women’s Homeownership
The first volume uncovers the state of women’s homeownership by analyzing the overall health of the current market, women’s poverty and obstacles women and minorities face in becoming homeowners. The report provides invaluable resources for single women, mothers and couples who are prospective homebuyers, as well as disaster recovery assistance for renters and homeowners.

Volume 2:
Women in the Housing & Real Estate Ecosystem
The second volume includes an in-depth overview of the opportunities and obstacles women professionals face in the housing and real estate ecosystem, from the rate of women’s entrepreneurship and women’s roles in family offices and intergenerational wealth transfer, to female representation in the C-suite and gender diversity across the globe.