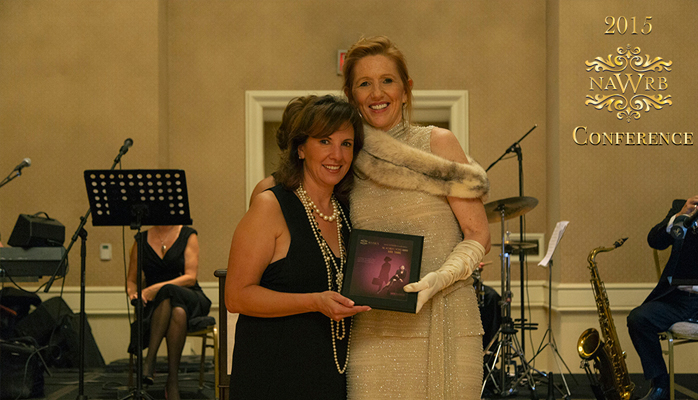 Our Roaring Twenty Awards Gala on August 31, 2016 will honor housing’s leading women who embody the spirit of revolution and progress of the 1920s!

These awards are for the women changing the game and breaking down barriers that stand before them. Almost a century after the Roaring Twenties we continue working for equal opportunities and representation. The pioneers of the women’s movement may no longer be with us, but as the leaders of yesterday make their exit, the leaders of tomorrow will rise.

The best way to lead is by example and our Roaring Twenty Award winners are innovators eradicating the misguided stereotypes and obstacles burdening women today. These winners create success even under continually imbalanced and disadvantageous conditions, display the unlimited potential of women in business and set the stage for tomorrow’s female entrepreneurs.

Participate in the women’s movement in housing by recognizing the women showing our industry how it’s done. Nominate a leading woman in your life today!

NAWRB’s national recognition program is open to any woman who works within the housing industry in the country, who is a leader in her field and passionately involved in her community.

The award celebrates the woman, her professional and personal achievements, as well as her ability to inspire and advocate for other women. The runner-up from each category will be profiled as a Leading Lady.

To nominate a woman for one of our categories, please submit a completed form highlighting your nomination and her achievements. Please be specific on your nominee’s accomplishments. Nomination entries can focus on business success, overcoming obstacles or personal achievements. In addition to your nomination, you may submit supporting evidence such as press releases, articles, testimonials and any additional items that will enable the judges to make an informed decision.

Award winners and Leading Ladies will be celebrated at NAWRB’s Roaring Twenty Awards Gala taking place at the NAWRB Conference on August 31, 2016. The gala will feature a live band and silent auction. Roaring Twenties-themed attire is encouraged!

A NAWRB Roaring Twenty Award is an acknowledgment from our extended network of women that each recipient has made exceptional contributions to their community or overall industry, and is a passionate leader in her field. Each award carries well-deserved prestige for the women as well as their business. This recognition from leading figures in the industry brings with it the attention and support of a number of business and media outlets.

This woman is innovating the way of conducting business and has forged her own path as an entrepreneur.

This leading woman illustrates the power of marketing and branding in showcasing the quality of your business. The only thing more impressive than the way she advertises her business is the company itself.

This award goes to an up-and-comer; an entrepreneur whose success is only a matter of time. Showing a way of doing business different from the established players, this woman proves that there is always room for innovation.

The Spirit of St. Louis Award

This woman is a testament to women’s ability to be capable, successful leaders. Tearing down roadblocks, this awardee is changing the business world for women.

A revolutionary, like Coco Chanel in the world of fashion, this woman is disproving misguided stereotypes and changing the way entrepreneurial women are perceived.

If we were to describe this woman in one word, it would be perseverance. No broken economy or fluctuating market can keep this woman from success; she creates growth regardless of the circumstances.

This is a woman ahead of her time who not only solves today’s problems, but addresses the issues of tomorrow as well. She turns negatives into positives and doesn’t let the absence of a well-traveled path keep her from making her own way.

This woman is dedicated to helping others, successfully balancing her professional and personal lives in order to do so. From donating her time to her hard-earned money, she defines the meaning of giving back to your community.

Realizing the importance of leading by example, this woman provides mentorship avenues for the generations of tomorrow to follow in her confident footsteps.

This award goes to a woman who is concerned just as much about the professional welfare of others as her own. A steadfast advocate for the rights and opportunities of female entrepreneurs, she remains a strong voice in the fight for equality.