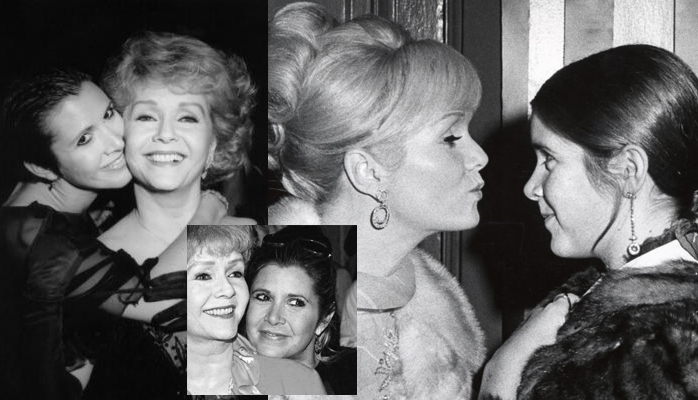 The death of Carrie Fisher devastated millions across the country as we lost a commanding woman, actor, author and activist. From Star Wars fans to peers and personal acquaintances, the outpour of love and support for Fisher’s family was boundless. This incredible loss was made greater when Fisher’s mother, Debbie Reynolds, passed away just a day after her daughter.

In Fisher and Reynolds we lost two powerful women whose identities went beyond their Hollywood status.

Carrie Fisher personified honesty, and through it, she advanced discourses and dismantled notions of what a woman should be. To people criticizing her appearance through the years Fisher paid no mind, constantly challenging the idea that women lose value as they age. She was beautifully unapologetic about her imperfections and helped millions embody theirs.

Through her memoirs and activism she helped dispel the shame associated with mental illness, publicly discussing her experience with bipolar disorder. Earlier this year, Fisher was awarded Harvard College’s Annual Outstanding Lifetime Achievement Award in Cultural Humanism in recognition of her achievements and work to advance conversations centered on stigmatized issues.

Debbie Reynolds preceded her daughter’s feat of starring in a classic film at the age of 19 with the role of Kathy Selden in 1952’s Singin’ in the Rain. Reynolds was a Renaissance woman, an actress, singer, activist and entrepreneur. She had hit songs, successful films, worked with the charitable organization The Thalians for 56 years and owned a dance studio and even a Las Vegas hotel and casino at different times in her life.

Reynolds extensive body of work is a testament to her strength and the importance of women who break barriers for future generations. She paved the way for many women, including that of her daughter’s.

Despite having a tumultuous relationship at times, Fisher and Reynolds reconciled and shared a loving bond later in life. They exemplified the beautiful relationship between mother and daughter, and overcame professional and personal problems on the road to find happiness with one another.

Carrie Fisher and Debbie Reynolds were trailblazers who challenged gender norms and inspired people to live their lives fully. In remembering these women, we are reminded of their incredible legacies and they live on.