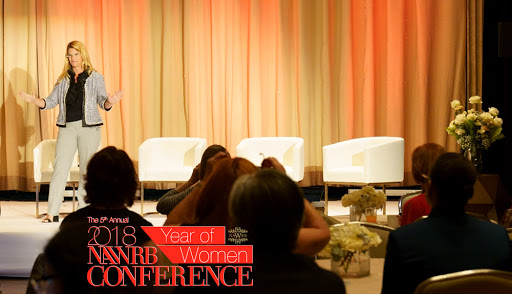 “My Story Is Different Than Most”

“It’s just been an incredible conference. The women who have been here and all of you who I’ve met with have been the highlight of my year so far, really,” said Rebecca Steele taking over the stage for her SHETalk on day two of our conference.

Her story, she revealed, is different than most. “I have been through crisis,” she said, “But I will tell you that I’ve been very, very fortunate to have some of the opportunities that I’ve had.”

Rebecca managed through some of the largest housing issues in America, including running a 1.5 trillion dollar servicing portfolio combined with Countrywide and Bank of America during the height of the housing crisis, giving her a unique perspective on the industry.

“I’m very proud to say I think I was an innovator there,” she told us speaking of her time at Bank of America. “I think we not only did millions of foreclosure preventions through modification short sales, but we also did foreclosure the right way, transitioning families to a place they could afford.”

During that process, she learned how to dig in, innovate and think outside the box. In short, she became a disruptor and a change agent, the theme of her dynamic delivery.

By talking directly to families through a new department she helped create at Bank of America called Executive Outreach, she learned first-hand the ways in which families lives were impacted by the crisis.

Her national outreach extended to 250 locations and events in hard-hit foreclosure areas which she staffed those with people who were well-trained in underwriting and other processing. She also sat with families and heard their personal stories.

“That really changed me as a person,” she said. “I was no longer saying how do I get to the next level? How do I make more money?”  “Instead, she asked herself, ‘How do I care about people and make a difference?’

Although as an engineer she often takes an analytical approach, she was able to grasp onto something very important and on a more human level that day, reaching the conclusion that if you have passion you have a requirement to give back.

“You have to care about people on a deeper level than ‘I met my metrics today…and I made the bank money or I didn’t make the bank money.’ she emphasized. Her story soon took a sharp turn.

A Disruptor Stands Up for What’s Right

Two years after the start of the crisis, Rebecca became the only woman that sat at a senior executive table to become personally named in a billion dollar lawsuit along with Bank of America and Countrywide. She had only been there eighteen months. Found civilly liable, she found herself thrust suddenly into the pages of major newspapers under headlines.

“Somehow, all of the sudden things come crashing down and I am the ‘Face of the Mortgage Crisis.’ The face of the mortgage crisis? I only wish I had that much power!” she exclaimed. “The United States Government, Department of Justice, Preet Bharara—you might know that name— sued me personally along with Bank of America.”

At the time she was sued, she was working at JPMorgan Chase on Park Avenue. As someone who negotiated a foreclosure settlement with the regulators, she was very well known. “Well, all of the sudden,” she said, “I was even more well known.”  “If you opened up the New York Times on the front of the Business Section, there’s my face with ‘Leader of the Mortgage Crisis. Blonde Go-Getter is Fined a Million Dollars.’ You can imagine that sort of crisis just takes you back.”

“I knew in my heart that I had done nothing wrong,” she said with emotion. Refusing to give in or settle, she stood up for what she knew was right and won “fabulously” on appeal on the Seventh Circuit with the three judges even telling the government that her case should have never gone to trial in the first place.

“When I won,” she told us, “…I won not only for myself, but think about this: Anyone could have been named in that lawsuit. Anyone. They picked me. Not my boss, not his boss, Drew Gissinger, and certainly not Angelo Mozilo. It was me!”

Finally vindicated, even to the point of getting her million dollars back that she had to pay to appeal, Rebecca thought she would also receive vindication in the press. She discovered that positive news was not as appealing as negative news and her acquittal was not as interesting.

The question for Rebecca then became “How do you come back to an industry that did this to you?” She thought back to her earlier days at Bank of America in which she had testified in front of Congress, to when she had a great staff and helped millions of consumers save their homes and decided she wasn’t done yet.

“Now I’m doing something even more important,” she says, referring to her recent appointment as CEO and President of the National Foundation for Credit Counseling. Founded in 1951, the NFCC focuses on helping consumers across the U.S. with financial education, literacy, credit card and student loan debt, and homeownership. In this role, she works with banks to create good policies and processes to help consumers get out of debt. And she has thought about what it takes to become a disruptor.

Don’t Be a Lemming, Be a Disruptor

To illustrate what it means to be a disruptor, Rebecca showed cartoons depicting lemmings (small rodents) blindly following others off a cliff. The problem, she pointed out, is in observing a problem but not working to make a change. “You don’t make change observing things” she pointed out.

She often tells her staff that if you are doing the same thing today as you did yesterday, you’re not doing enough. When you can look back and say “Wow, I never thought I could get there,” that’s when you know you’ve done enough.

Rebecca further defined a disruptor as someone who makes a significant impact in a given industry within a short time span. A disruptor is not afraid to step out and not afraid to change.

However, it’s not enough to simply disrupt if you want to innovate and make a sustained change. A big part of becoming a disruptor involves managing that change. “If you know the transition might be difficult,” she says, “You can get ready for it. You can prepare for it and connect on the human side.”

This can be accomplished by starting small, she told us. “Build your team, put your arms around them, care about them…You have to take the time, go slow to go fast in change.” Leading by example through high integrity and always treating people with respect, and working to build trust is a big part of building that ideal team.

“I want to hire people way smarter than me,” she said, going on to encourage the audience to “A plusses.” “You invest in those,” she says, “And there’s no way you won’t succeed.” Rewards are also an easy way to set people up for success. “The easiest reward I ever found was thank you,” she revealed.

A common misconception is that being a disruptor is about charisma, Rebecca says. It’s not. It’s about total commitment to your mission in your way. You can do this by building a culture together and appreciating what each person brings to the table. That is what will get you through the change. “You have to be courageous,” she urged the audience before closing the talk.  “And you have to step up and say: ‘Yes and this is why and yes I’m going to be a part of this change.’ 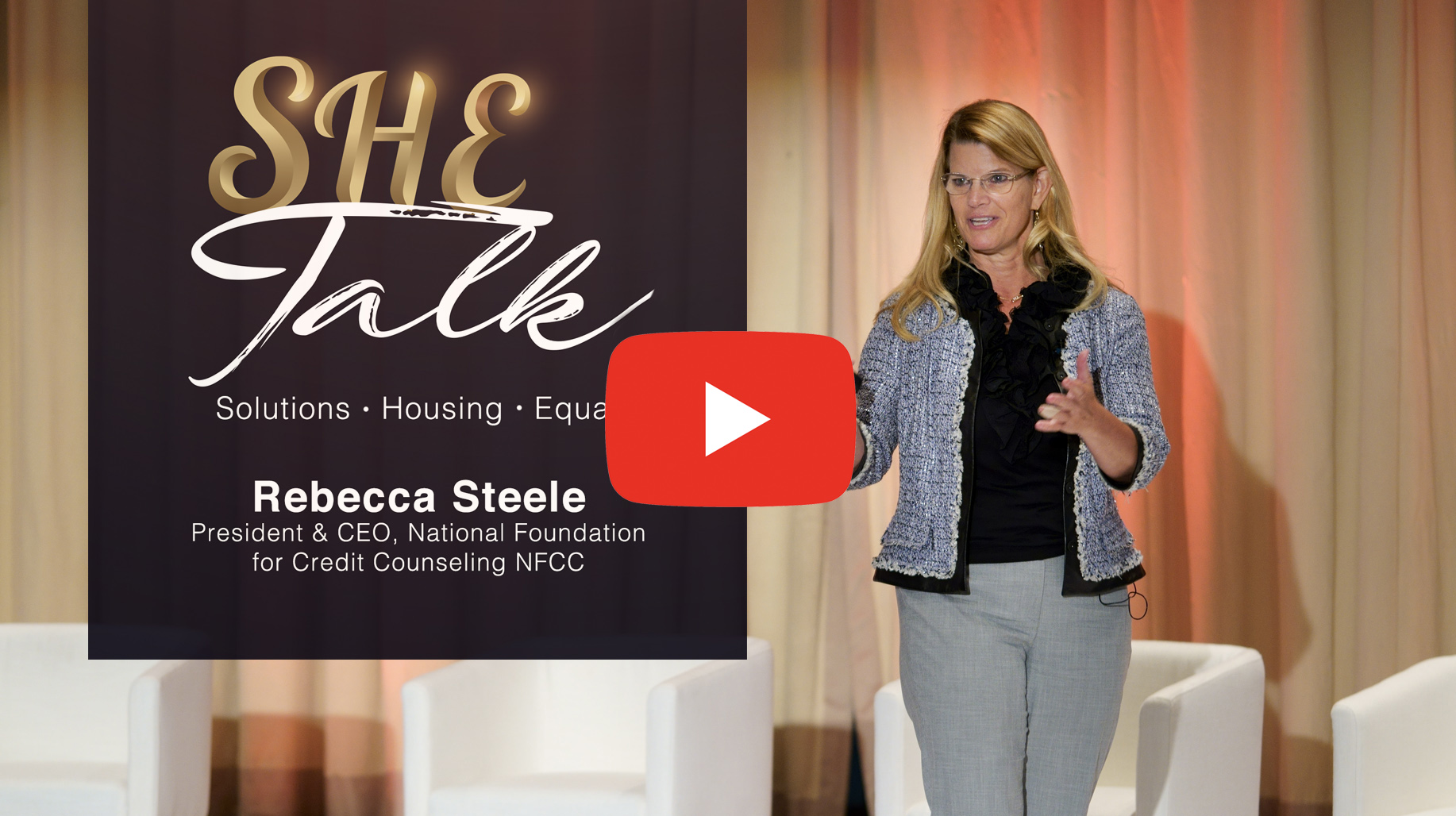