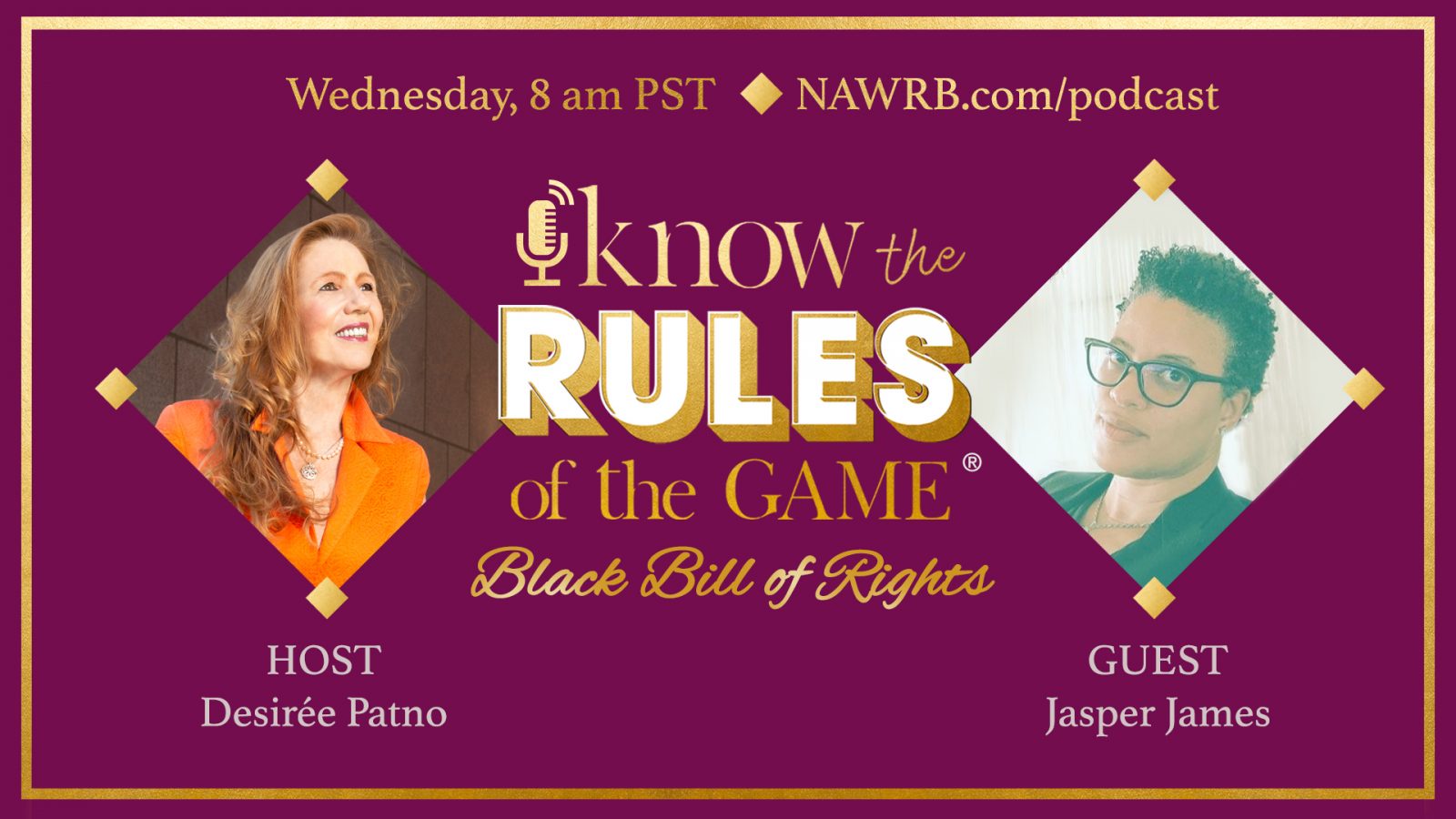 Know the Rules of the Game Ⓡ Podcast: Black Bill of Rights

Tune in on Wednesday, July 1st, at 8 AM PST for Know the Rules of the GameⓇ Podcast: Black Bill of Rights with your host Desirée Patno, CEO & President of Women in the Housing & Real Estate Ecosystem (NAWRB), and Special Guest Jasper James, Co-Founder of Allies of Black Lives Matter and Activism Articulated, one of the only advocacy communications firms run by queer, mixed-race women of color. Jasper will enlighten audiences on the “Black Bill of Rights,” a conceptual framework meant to empower Black communities in all facets of American life.  Listen: https://www.nawrb.com/podcast/.

Three Rules for the Black Bill of Rights

Rule 1. Educate yourself: Lead all families who have lost innocent loved ones by the hands of police to these documents.

Rule 2. Be solution oriented: Confront your local leaders and pressure them to stand in full support of Black lives.

Rule 3. Believe in the realm of possibility: Add to the current list/create your own.

Jasper has worked for nearly 15 years as a community activist, artist, and facilitator. They co-founded two active Facebook groups 2015, one for Allies of Black Lives Matter which holds over 15,000 members and is dedicated to discussion and education centered on racial justice. From their past as a Billboard Recording Artist, and event producer to their most recent status as a Reg. Organizer Dir. for the 2020 Mike Bloomberg Campaign, Jasper is a digital campaign rapid response strategist with strong public relations and project management skills. During their tenure as President of the Women’s March Sacramento Chapter, Mx. James also Co-founded Women’s March Blac, an all-Black branch of Women’s March National Leadership.