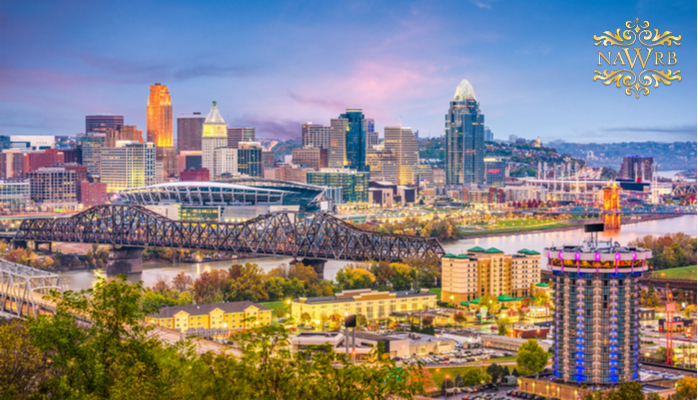 Settling Up in Cincinnati, a Top City for Single Women Homebuyers

June is National Homeownership Month. This article is part of an ongoing series focusing on different aspects of women’s homeownership.

In our 2018 Women in the Housing and Ecosystem Report, we found women have outpaced single men in homeownership consistently since 1986. This trend has most likely sustained because the reasons women seek homeownership are powerful, both from an economic and an emotional standpoint.

Last year, Owners.com analyzed 50 major metropolitan cities in the U.S. and ranked them based on the number of single women homeowners, housing affordability, median female income, violent crime rates, the average cost of dinner for two, as well as walkability and access to transit. At the top of this ranking is the Midwest city of Cincinnati, Ohio.

What makes Cincinnati such a fabulous place to live? First off, it’s affordable with an average home value of $158,100. It’s also a top city for jobs based on pay so single women typically have more disposable income. We found 15.2 percent of homeowners in Cincinnati are single women, and the median salary for women in the city is $40,392.

According to local writer Rachel Hunt, Cincinnati has lots to offer aside from the roller coasters it’s apparently famous for. Craft breweries, Findlay Market with 40 indoor stalls of delectable eats, a vibrant music scene, and gorgeous views of the Ohio River.

It’s Not All Scarlet Carnations (the state flower of Ohio)

Before you start job hunting and Zillow surfing, note that in spite of all that’s great for women in Cincinnati, there is a disconnect between Owner.com’s ranking and some serious problems the city faces in terms of poverty and a pervasive gender wage gap.

A study commissioned by the Women’s Fund of Greater Cincinnati, a non-profit focused on improving the economic self-sufficiency of women in the area, found huge wage disparities between men and women that actually increased taking into account women with higher education, it was the worst for women of color. The study found that the disparity amounted to a loss of $330,000 over a woman’s career.

In an op-ed piece for Cincinnati.com discussing the study, Meghan Cummings, Executive Director of the Women’s Fund of the Greater Cincinnati Foundation asserts this gender pay gap contributes to a 31 percent female poverty rate in the city.

While these facts are alarming, the reality is women face these issues everywhere in the U.S. However, the women of Cincinnati face their problems head-on. Organizations like the Women’s Fund, Dress for Success Cincinnati and Woman’s City Club of Greater Cincinnati empower women to address issues of poverty and economic independence.

“Closing the gender pay gap is really tricky for individual women to tackle,” says Meghan Cummings Executive Director of The Women’s Fund of the Greater Cincinnati Foundation. “We often hear that if a woman discovers a gap, they feel vulnerable bringing it up to their supervisor for fear of retribution.”

“Of course, women call the EEOC and report the discrepancy, but many women feel intimidated by filing a formal complaint,” she tells us.

“Ultimately, we would like to see employers take the lead by conducting internal pay audits which compare salaries based on a range of factors including job title, experience, education, performance and promotion history. We have a long way to go in this area.”

52 Neighborhoods of Character and Charm

Okay, so you’re moving to Cincinnati. But where? With 52 neighborhoods, each with its charm and character, it might be a hard decision to find the right home, especially if you love historic houses.

You can live in a turn-of-the-century condo downtown in Over-the-Rhine, the oldest community in Cincinnati, renovate a charming 1920s home in Riverside (with views of the Ohio River) or live out your mid-century dreams in a 1950s-era Americana-style ranch home in the picturesque community of California. If the outdoors, history and a vibrant downtown scene are your thing—you can live it up in “Cincy.”