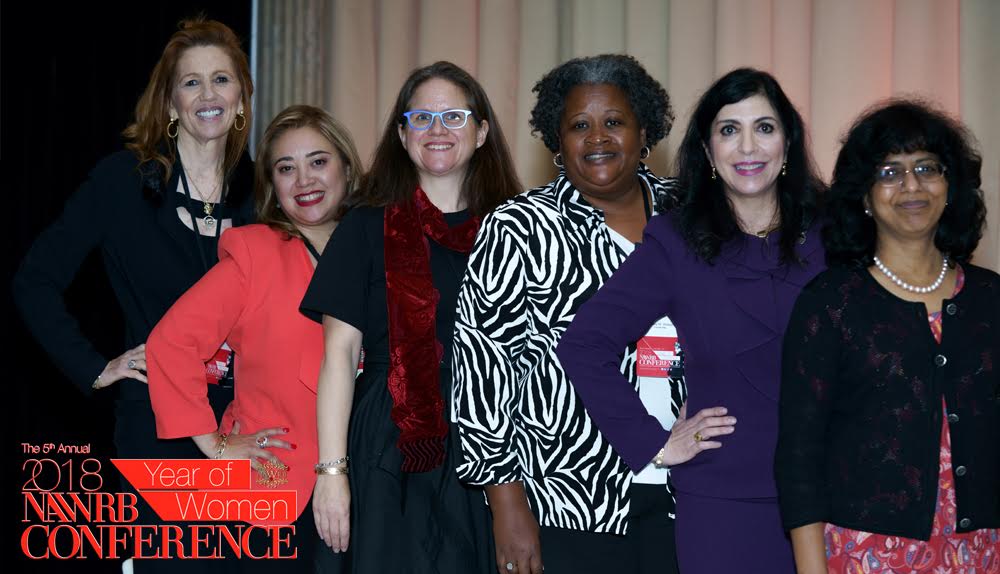 In 2015, NAWRB introduced the Diversity and Inclusion Leadership Council, dedicated to bringing women’s diversity and inclusion to the forefront of the housing industry with accountability and results. However, it’s not all official business as councilmembers also talk about personal issues to focus on ways to support each other in a broader sense.

In a mostly unscripted lunch session, our panelists shared personal stories of early character development and in doing so shone a light on how they were able to harness hardship, turning it into an opportunity for advancement.

Smart Moves From “Just a Girl” and Not Accepting “No”

NAWRB CEO & President Desirée Patno started off with a compelling story of being the only girl in high school to play in an all-male water polo league. One day, she had a male opponent try to undermine and outsmart her; however, she was able to out-maneuver him, intercepted the ball, passing it onto a teammate who scored, proving that assumptions about women’s strength and ability are just that: assumptions.

Vanessa Montañez recounted landing her “dream come true” career as a mortgage originator helping families find homes. At only twenty-seven years old, she became a top producer at a leading company. However, when a position as branch manager opened up, she was told in no uncertain terms that the most qualified person for the role was male and white. She was left defeated, like a “bird with her wings clipped.”

Not willing to let discouragement get the best of her, she didn’t give up, eventually leaving for a competitor where she became a branch manager.

The “Quiet Thunder” of an Introvert and Questioning the Status Quo

Sarah Goldfrank characterized herself in her early years as an active, outgoing and outspoken “Type A” person who played rugby in college. After law school, she desired to be an in-house lawyer to be more a part of a community and became one at Bank of America. “A lot of lawyers don’t listen well,” she confided. “We are not trained to be listeners,” she said, going on to point out that as an in-house lawyer you can develop that skill.

A natural introvert, Stacey Walker played sports growing up as well, appreciating the ability to use explicit action to “show” someone instead of telling them if they upset you. A twenty-six-year veteran of Freddie Mac, she characterizes her leadership style as a “quiet thunder.” “Sometimes,” she told us, “People mistake my quietness for weakness. I don’t talk to hear myself talk, but when I talk, I have something to say.”

Growing up on the other side of the world, Dr. Chitra Dorai was taught independence and individuality from a very early age. Her mother and father crossed the caste lines of Indian society, at the time and arguably even now, a big deal. “Questioning the status quo is a part of my genes,” she joked. Attending an all-girls Catholic school, as a teenager she was sheltered in a protective bubble until one day when her high exam scores caught the attention of the local press. Her family was beyond excited and prepared for her interview with great fanfare, only to be let down when the film crew decided to feature a boy instead who got the same points as her.

It was a huge lesson for the ambitious fifteen-year-old. From that point on, young Chitra vowed to participate in merit-based activities where her achievements would speak for themselves. She was accepted into a university in which less than 1% who apply are received based on her exam scores alone.

A focus on relocation and business development early in her real estate career tied Teresa Palacios to the Human Resources industry eventually leading her to become involved with a top human resources trade organization.

She found involvement in the group rewarding and subsequently held different leadership roles, and remaining committed even while spending time away from her children.

Emboldened by awards recognizing her leadership ability, Teresa met with the executive team to express her desire to one day become President. She was told in no uncertain terms that the very leadership qualities for which she was singled out were not enough. With the all-male executive team making it clear she would never lead the association, Teresa returned home devasted.

Undeterred, she joined the Georgia Hispanic Chamber of Commerce, becoming Chairwoman within a year and a half and receiving distinction as Member of the Year.  She also co-founded the Atlanta Chapter of NAHREP (National Association of Hispanic Real Estate Professionals) becoming National President by 2015.

Closing out the panel with often funny true-life accounts of embarrassing moments our speakers, prove that even tested leaders face insecurities. They left the audience with words of encouragement: to recognize the potential of every interaction you have, to be authentic to yourself and to listen to others.

Our NDILC members are living proof that even though the pathway to leadership has obstacles, you can rely on early grit and determination to get you through to the next level. 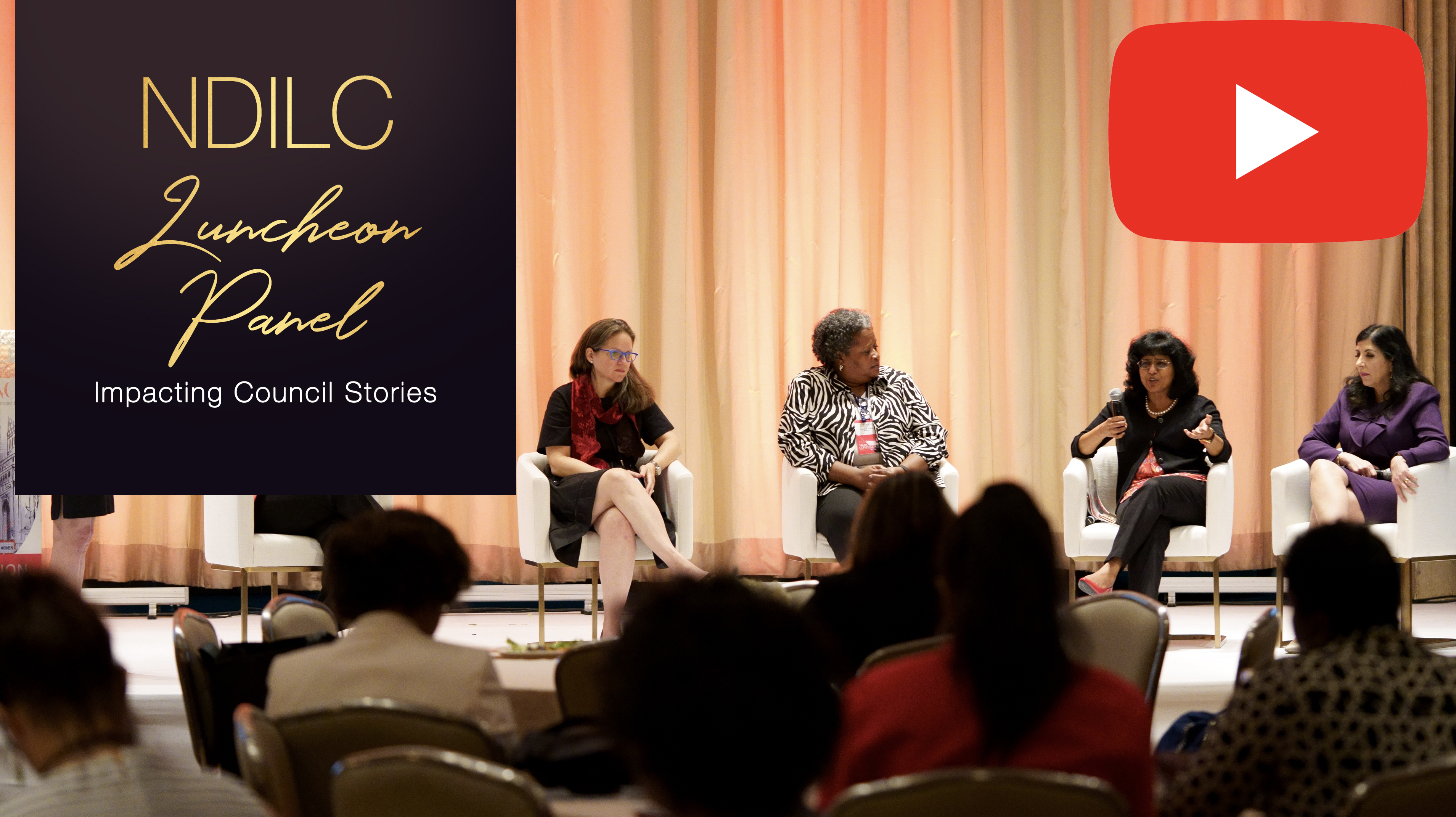