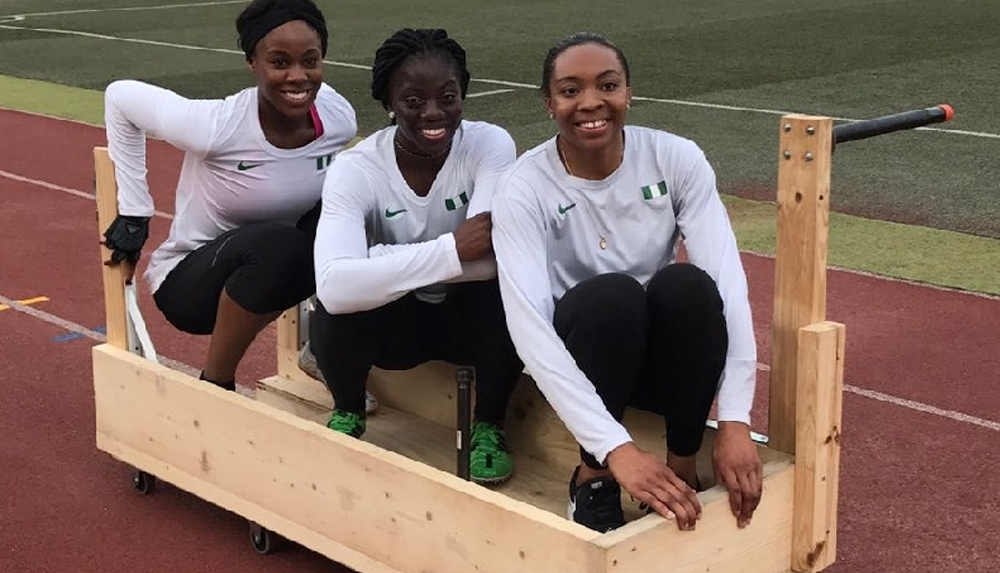 “We are the Jamaican bobsled team!” This may have started playing in your head as soon as you read the title of this post. Far from a childhood Disney movie, this story of Nigeria’s Women’s Bobsled Team is groundbreaking. Comprised by Nigerian sprinters Seun Adigun, Ngozi Onwumere and Akuoma Omeoga, the team has become the first from Africa to qualify for the Winter Olympics in the sport of bobsled.

“Their hard work was inspiring and I hope Nigerians can appreciate what it took for them to achieve this,” said Bobsled & Skeleton Sports Federation of Nigeria (BSFN) President Solomon Ogba. “They are all very successful people in their own right—in sports and out of it, and somehow they are still motivated and still push for more success. I have watched them train and work hard to represent Nigeria at the Winter Olympics in a very technical and high risk sport and they have achieved that.”

The 2018 Winter Olympics, set to take place in the South Korean province of Pyeongchang next year, will make history as the first installment of the Winter Games to feature a Nigerian athlete. The achievement will be well-deserved for Adigun, Onwumere and Omeoga, whose frosty dream began with a homemade wooden bobsled on which they would practice.

After Adigun was joined by Onwumere and Omeoga, the three launched a GoFundMe campaign that raised $75,000. Using that money to convince their country into starting a bobsled governing federation, the team had the momentum it needed to launch their dream into motion.

“Our objective now is to be the best representation of Africa that the Winter Olympics have ever witnessed,” Adigun stated.