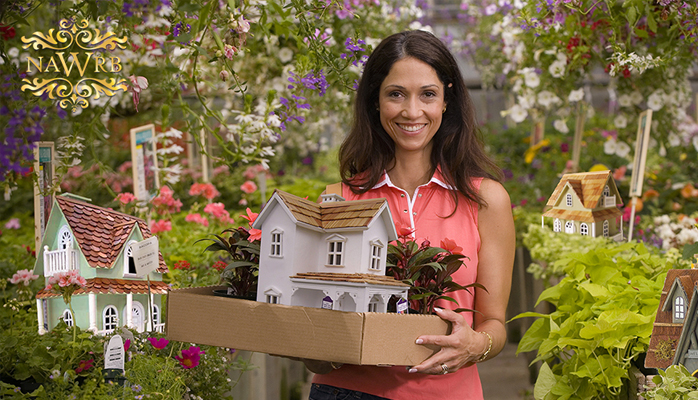 As Hispanics continue to thrive—in education, career, resources, representation—their access to capital and buying power will increase accordingly and their purchases will have a significant impact on the economy, not the least of which will be the purchase of a home. It is crucial to learn the best ways to serve Hispanic homebuyers, not only to help them make the best purchases, but to ensure their growth is encouraged and safeguarded rather than delayed or prevented altogether.

According to the Pew Research Center, as of 2015 there were 57 million Hispanics in the United States, accounting for 18 percent of the entire U.S. population; this is a grand increase from 1980 when this group comprised 6.5 percent of the population. In their 2014 population predictions, the Census Bureau estimates that the Hispanic population will more than double by 2060 to 119 million.

NAHREP’s 2015 State of Hispanic Homeownership report shows that in 2015, Hispanic households grew by 245,000, 69 percent of total U.S. household growth. The study articulates, “For the first time in 10 years the Hispanic homeownership rate spiked upward while overall homeownership rates in the country continued a downward trend.” The report goes on to reveal that between 2000 and 2015, Hispanics were responsible for 66 percent of American labor force growth; in February 2016, the rate of Hispanic unemployment was 5.4 percent, down 7.7 percentage points since August 2009; in 2014 the poverty rate for Hispanics fell to 23.7 percent; and in the same year, the median Hispanic household income rose 7.3 percent to $42,492.

When coupled with a purchasing power of $1.5 trillion, projected to increase and account for 10.6 percent of total U.S. buying power by 2019, according to the Selig Center for Economic Growth, the potential impact of Hispanics on the housing sector is tremendous.

Education
Education has always been a critical tool to successfully navigate the American workforce and amass the means to become a homeowner; it has only grown in importance, as it is often no longer a question of getting an education, but of what level degree to achieve.

The National Center for Educational Statistics (NCES) reports that the rate of Hispanic high school graduation reached 76.3 percent in 2014, the highest in 31 years. NCES also confirms that the number of Hispanics ages 18 to 24 attending two- or four-year colleges has more than tripled since 1993. Additionally, according to the Pew Research Center, Hispanics who attained less than a ninth grade education decreased from 40.2 to 21 percent between 1980 and 2013.

The Pew Research Center also confirms that Asian-Americans are the population with the highest percentage of bachelor degree-educated or higher people with 51.5 percent, a figure that was 34.2 in 1980 and has improved steadily since. This upward trajectory is mirrored in the homeownership rates of Asian-Americans, which rose from 52.3 percent in 1980 to 59 in 2014, according to AREAA’S State of Asia America 2015 study. Receiving an education doesn’t guarantee homeownership, we cannot establish a cause-and-effect relationship, but it is very valuable. As Hispanics achieve higher levels of education they will situate themselves in increasingly favorable positions to accumulate the necessary means and resources to become homeowners, and homeownership in the Hispanic community will increase. 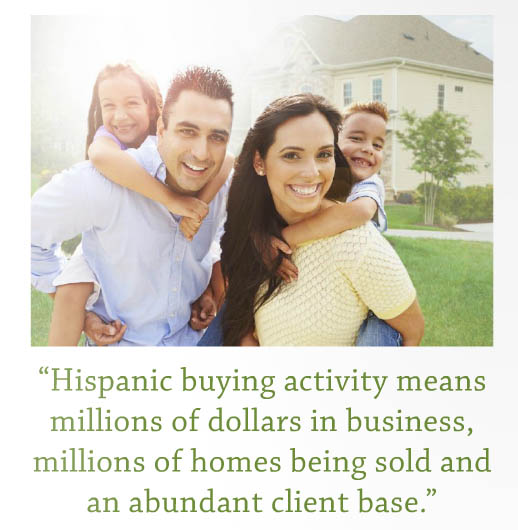 Capitalizing
With the potential they possess, the Hispanic population is of great importance to the real estate industry; Hispanic buying activity means millions of dollars in business, millions of homes being sold and an abundant client base. In order to ensure their growth is reinforced through homeownership, and their business is capitalized on, it is important to learn how to best serve Hispanics.

Providing utmost service to your client is the top priority, and agents must take into account what clients prefer from the start. Great service is crucial, sometimes receiving it from the right person makes a world of difference for consumers. As Hispanics progress in education and in the workforce, they will become equipped to purchase homes, and just as important as being able to buy a home is their desire to do so. The business, buying activity and opportunity is there, and as population estimates predict, it’s here to stay. For professionals hoping to do business with these potential homebuyers, learning the best ways of serving Hispanic women is the key.