When her short-term corporate housing company started to draw sizable revenue, Chicago-based business owner Francine Manilow realized she needed to change how her business was organized in order to take greater advantage of tax breaks.

Women-owned businesses like Manilow’s represent more than a third of all U.S. companies. Yet they are often disadvantaged by the tax code because of their legal classification or service-based industry.

Manilow figured that out, saying, “The S-Corp wasn’t any good for me. I switched to C-Corp.”

Her story, however, is rare. A new report by Caroline Bruckner of American University’s Kogod Tax Policy Center, which drew upon a survey conducted by national advocacy organization Women Impacting Public Policy (WIPP) as part of its analytical foundation, found that many women entrepreneurs can’t take full advantage of tax incentives because the kinds of companies they own don’t benefit from provisions designed to stimulate growth and attract investment.

The good news is, rather than small businesses having to undergo the byzantine process of changing their legal structure, we have a huge opportunity to change the system for the better. For the first time in 30 years, Congress is looking seriously at revamping the tax code—a once-in-a-generation chance to transform it into a tool that empowers women entrepreneurs.

For the report Billion Dollar Blind Spot: How the U.S. Tax Code’s Small Business Expenditures Impact Women Business Owners, Kogod researchers surveyed 515 women business owners across the country to determine how they use four small business tax provisions. An online survey of WIPP members—companies with at least 51 percent female ownership who represented more than 15 different types of
industry—found that they were predominantly small business owners, with 96 percent reporting 100 or fewer employees. 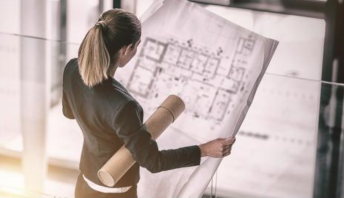 A startling fact of the Kogod research is that 84 percent of women surveyed operate businesses in service industries that are excluded from those key provisions. There were other problematic trends revealed by the survey:

– Only 12 percent of respondents organize their businesses as C-corporations, meaning the remaining 88 percent are excluded from significant small business tax incentives.

– Only 0.6 percent of women surveyed reported at tracting capital for their businesses from non-corporate investors by using a portion of the code that allows them to issue qualified small business stock.

– 53 percent of respondents said they didn’t fully benefit from Section 179, a provision allowing businesses to deduct equipment purchased  and placed into service. They said they either didn’t know about the provision or don’t buy the kind of equipment qualifying under the provision.

– 86 percent of respondents said they’d never claimed a tax loss under a provision that permits an ordinary loss on the sale or exchange of qualified business stock.

The bottom line is three of the four tax provisions studied either explicitly exclude service firms or effectively bypass companies that are not C-Corporations or have few capital-intensive equipment investments. Given that most women-owned businesses are concentrated in service industries or are organized as something other than a C-Corp and have few capital-intensive equipment needs means they’re missing out on more than $255 billion in tax help.

Members of both houses of Congress have reviewed Kogod’s research and are considering the importance of its findings. Yet, to date, neither the U.S. Senate Committee on Finance nor the House Committee on Ways and Means—the two primary bodies undertaking reform—has held a full hearing to assess the impact of the tax code’s small business tax expenditures on women business owners.

In addition to sounding the alarm on tax reform, in its 2017 Economic Blueprint, WIPP also highlighted numerous potential reforms in capital infrastructure needed to spark greater investment in women-owned businesses. A key recommendation includes developing more female fund managers through the Small Business Investment Company’s “Emerging Managers” Program with the likelihood that it would lead to more investment in women entrepreneurship.

The 2016 State of Women-Owned Businesses Report affirms that between 2007 and 2016, the ranks of women entrepreneurs grew at a rate five times faster than the national average. Yet, in 2016, less than 5 percent of venture capital deals went to women-led businesses, according to PitchBook. Research from the U.S. Senate Committee on Small Business and Entrepreneurship also shows that women receive only 4 percent of the total dollar value of all small business loans, and CrunchBase reports that between 2010 and 2015, just 10 percent of venture dollars globally went to startups with at least one female founder. 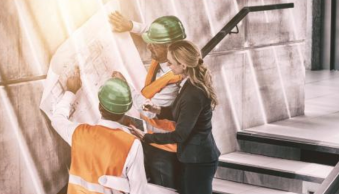 Correcting these inherent inequities carries the potential to dramatically impact our economy. The percentage of firms owned by women has skyrocketed from 4.6 percent in 1976—the first time the Census released a report on women’s business ownership—to 36 percent today. There are 10 million women-owned businesses, and they employ 9 million people and contribute $1.6 trillion to the economy, according to the U.S. Census Bureau.

Clearly, women entrepreneurs’ economic might is significant and growing. But they could accomplish even more if the tax code created stronger investment opportunities and if a greater number of women were positioned to make investment decisions to help businesses run by other women.

Things might not have gone so well for WIPP member Francine Manilow had she not figured out that inequities in the tax system were keeping her from greater prosperity.

“Many women have not been part of the inner workings of policymaking,” Manilow said. “I have no doubt I would have been even more successful if there had been a fairer tax code.”

Congress must use a tax reform and opportunities to improve access to capital to harness the economic energy generated by women.